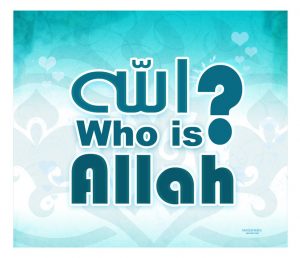 Allah is an Arabic proper name which has not ever been used for anyone other than the Almighty Creator.

Almighty Allah says in the Qur’an,

Allah is an Arabic proper name which has not ever been used for anyone other than the Almighty Creator. It has not been narrated in any of the Arabic history or heritage whether before or after Islam that the Name Allah was given to anything or anyone except God, the Creator. The Qur’an also reads in this concern,

Lord of the heavens and of the earth, and of all that is between them; so worship Him, and be constant and patient in His worship: do you know of any who is worthy of the same Name as He? (Maryam 19:65)

The Name Allah refers to the Deity who is worshiped in view of His embracement of all the attributes of divinity and lordship, and is adored by all creatures by means of love and glorification. Almighty Allah has singled out Himself with this Name and distracted people from taking it. All the other Beautiful Names of God can refer to this Name but it does not refer to any Name. In the widely known hadith, the Prophet (peace be upon him) said, “Allah has ninety-nine Names, one-hundred less one; and he who memorized them all by heart will enter Paradise.” (Al-Bukhari)

Allah is the Greatest Name of God which refers to the God who combines all the Attributes of perfection and characteristics of Glorification, and is far above any attribute of imperfection that does not befit the exaltedness of Divinity and Lordship. All the attributes of glorification, sublimity, magnificence, and omnipotence are most related to the Name Allah than any other Name. Also, the Name Allah includes all merits included in the other Beautiful Names and Attributes of God, such as Ar-Rahman, Ar-Rahim, Al-Malik, etc. It is narrated that God has taught His Name Allah to Adam among the names he taught him at the beginning of life. Almighty God says,

And He taught Adam the names of all things; then He placed them before the angels, and said: “Tell me the names of these if ye are right.” (Al-Baqarah 2:31)

The Name which expresses Divinity and Godhood also involves Lordship in all its meanings and attributes pertaining to God. As the Name Allah means the only true God, He is also the sole Creator, the Omnipotent, the Provider, the Sovereign… The Qur’an reads,

The Name Allah in the Qur’an

The Name Allah is numerously repeated in the Qur’an referring to the Almighty God. It is said that it was repeated 2360 times in the Qur’an. Almighty Allah says,

The Name Allah in Hadith

Reflections on the Name