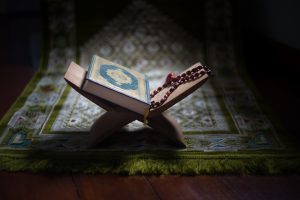 In Islam, there is nothing that is half divine and half human.

1– How does Islam look at polytheism and what is the verdict that Islam has on polytheism?

2- How does Islam view the dichotomy between good and evil and the worshiping of two Gods?

3- Moving away from associations with Allah of other deities and orders of creation to associating Allah with other humans? In other terms, what about the worshiping of humans?