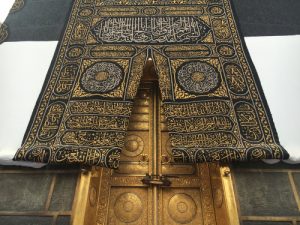 Allah, the Almighty, has made sublime purposes for the legislation of the acts of worship. For example, regarding Prayer, Almighty Allah says,

Concerning fasting, Allah (glory be to Him) says,

And proclaim to the people the Hajj [pilgrimage]; they will come to you on foot and on every lean camel; they will come from every distant pass. That they may witness benefits for themselves and mention the name of Allah…(Al-Hajj 22:27-28)

These verses indicate that the acts of worship have been enacted for certain goal, which is only attainable through performing the worship in conformity with the commands of the Quran and Sunnah. Notably, these goals are focusing on the enrichment of morals and ethics and enhancing faith.

In previous articles, we touched on a number of the lessons and messages taken from Hajj. Click here to read Part 1 and Part 2. We are going to complete the fruits of hajj in this article.

Eighth: The Message of Facilitation

It is the message of facilitation and moderation confirmed by the Quran and Sunnah.

Allah intends for you ease and does not intend for you hardship. (Al-Baqarah 2:185)

Aishah (may Allah be pleased with her) said, “The Messenger of Allah (peace be upon him) was never given the choice between two things but he would choose the easier of the two, so long as it was not a sin; if it was a sin he would be the furthest of the people from it. (Al-Bukhari and Muslim)

Extremism and intolerance are abhorred by Islam. Keep as much as you can to the orders of Allah and do not overburden yourself because you may lose your enthusiasm and fall short to perform even the basic acts. The Prophet (peace be upon him) said, “Religion is very easy and whoever overburdens himself in his religion will not be able to continue in that way. So you should not be extremists, but try to be near to perfection and receive the good tidings that you will be rewarded.” (Al-Bukhari)

We all know that the Kabah was rebuilt by the Prophet Ibrahim (Abraham) and his son Isma`il (Ishmael) (peace be upon them). Since its foundation, people would come to visit and make pilgrimage to it. However, they would make a plenty of acts of disbelief and repugnant acts while performing Hajj. Among the rites of Hajj during the pre-Islamic period of ignorance was to circulate around the Kabah fully naked. Also, they surrounded the Kabah with the idols they worshipped. When the Prophet (peace be upon him) came, he eliminated all the censured customs of disbelievers and all the forms of disbelief from Hajj and Kabah and admitted the only good things, such as providing water to the pilgrims.

It is reported that the Messenger of Allah (peace be upon him) said, “Allah has taken away from you the arrogance of Jahiliyyah (pre-Islamic period of ignorance) and its pride in forefathers.” He (peace be upon him) refused and disdained the bad habits of the Jahiliyyah, such as pride in forefathers, riba (interest-based dealings) and revenge. He taught us that Islam corrects the Muslim’s way of life, sets his principles aright, improves his good morals, admits the good things with the other even if he is a dissenter and builds the independent Muslim personality.

Stoning the Jamarah is one of the obligatory rituals of Hajj. It was narrated from Ibn Abbas (may Allah be pleased with him) that the Prophet (peace be upon him) seated Al-Fadl behind him on his mount, and Al-Fadl said that he did not stop reciting the Talbiyah until he stoned the Jamrah. (Al-Bukhari and Muslim)

Abu Hamid Al-Ghazali (may Allah have mercy on him) said:

“As for the stoning of the Jamarat, the purpose behind it is to follow the command and manifest submission and servitude to Allah… The aim is also to imitate Ibrahim (peace be upon him), when Iblis (may Allah curse him) appeared to him in that place to instill confusion in his mind or tempt him to sin, and Allah commanded him to throw stones at
Satan so as to drive him away and dash his hopes.” (islamqa.com)

So, the pilgrim inspires this fact while throwing the pebbles. They remember the action of the Prophet Ibrahim against the cursed Satan, when he attempted to cast doubts in the heart of Ibrahim (peace be upon him). Actually, the enmity and deceit of Satan never end as he always tries to tempt the human beings to take them away of Allah’s way. So, always remember that Satan is your greatest enemy.