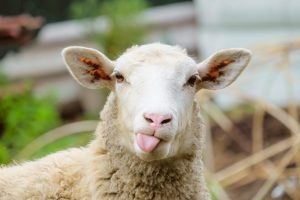 A sheep is good enough as a sacrifice for one man and the members of his household and his children.

Udhiyah refers to the animal slaughtered during the days of Eid Al-Adha as an act of worship, intending to draw closer to Allah thereby.

It is one of the rituals of Islam prescribed in the Book of Allah and the Sunnah of His Messenger (peace be upon him), and according to the consensus of the Muslims.

The Muslims are unanimously agreed that it is prescribed in Islam, as was narrated by more than one of the scholars. But they differed as to whether it is Sunnah Mu’akkadah (a confirmed Sunnah) or it is obligatory and it is not permissible to omit it.

There are six conditions for the Udhiyah:

1- It should be one of these kinds of animals: camels, cattle, sheep or goats, because Allah says:

And for every nation We have appointed religious ceremonies, that they may mention the Name of Allah over the beast of cattle that He has given them for food. (Al-Hajj 22:34)

The beast of cattle includes camels, cattle and sheep. This is what is well known among the Arabs, and this was the view of Al-Hasan, Qatadah and others.

2- It should have reached the age stipulated in Shari`ah, which is six months for a sheep, five years for the camels, two years for the cattle, and one year for the goat.

3- It should be free of any faults that would render it unsuitable for sacrifice, of which there are four:

These four faults render an animal unsuitable for sacrifice, and they include similar faults or more severe faults. 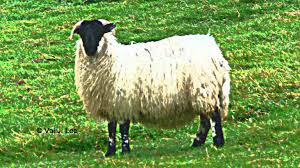 Udhiyah refers to the animal slaughtered during the days of Eid Al-Adha as an act of worship, intending to draw closer to Allah thereby.

4- The animal should belong to the person who is offering the sacrifice, or he should have permission for that either on the grounds of Shari`ah or from the owner. The sacrifice is not valid if the animal slaughtered does not belong to the person who is sacrificing it, such as one that has been taken by force, stolen, or taken on the basis of a false claim, etc, because it is not permissible to draw closer to Allah by means of sin.

5- It should be slaughtered at the time specified in Shari`ah, which is from after the Eid prayer on the Day of Sacrifice until sunset on the last of the days of At-Tashriq, which is the 13th of Dhul-Hijjah. So the days when the sacrificial animal may be offered are four: the day of `Eid after the prayer, and the three days after that. Whoever slaughters it before the `Eid prayer is over, or after sun sets on the 13th of Dhul-Hijjah, his sacrifice is not valid, because of the hadith narrated by Al-Bukhari from Al-Bara’ ibn Azib (may Allah be pleased with him), according to which the Prophet (peace be upon him) said: “Whoever slaughters (his sacrifice) before the prayer, it is meat that he has brought to his family, but that is not the sacrifice.”

But if he has an excuse for delaying it beyond the days of Tashriq, such as if the animal ran away, without there being any negligence on his part, and he could not find it until after the time was over, or he appointed someone else to slaughter it and that person forgot until the time was over, then there is nothing wrong with slaughtering it after the appointed time. This is by analogy with the one who sleeps and misses a prayer, or forgets it – he should pray it as soon as he wakes up or remember it.

However, a camel or cow is enough for seven people, because of the report narrated by Jabir (may Allah be pleased with him) who said: “We sacrificed at Al-Hudaybiyah with the Prophet (peace be upon him), a camel for seven and a cow for seven.” According to one version: “The Messenger of Allah (peace be upon him) commanded us to share camels and cattle, each seven men sharing one animal.” According to another version: “So a cow would be sacrificed on behalf of seven men and we would share it.” (Muslim)

The Sunnah for one who wants to slaughter the Udhiyah is to say when slaughtering it:

Bismillah, wa Allahu akbar, Allahumma hadha minka wa laka. (In the name of Allah, Allah is most great. O Allah, this is from You and to You.)

Al-Bukhari and Muslim narrated that Anas said: The Prophet (peace be upon him) sacrificed two horned rams that were white speckled with black. He slaughtered them with his own hand and said “Bismillah wa Allahu akbar,” (In the Name of Allah, Allah is the Greatest) and put his foot on their necks.

It is preferable for the one who has made a sacrifice to not eat anything on that day before he eats from it, if this is possible, because of the hadith, “Let every man eat from his sacrifice.” This eating should be after the `Eid prayer and sermon. This is the opinion of the scholars, including `Ali, Ibn `Abbas, Malik, Al-Shafa`i and others.

It is better for a person to slaughter the sacrifice himself, but if he does not, it is recommendable for him to be present when it is slaughtered.

The scholars agreed that it is not permissible to sell anything from the meat, fat or skin of the sacrifice.  In an authentic hadith, the Prophet (peace be upon him) said: “Whoever sells the skin of his Udhiyah, there is no Udhiyah for him (i.e., it is not counted as Udhiyah).” (Sahih Al-Jami`) The butcher should not be given anything of it by way of reward or payment, because `Ali (may Allah be pleased with him) said: “The Messenger of Allah (peace be upon him) commanded me to take care of the sacrifice and to give its meat, skin and raiment (covering used for protection) in charity, and not to give anything of it to the butcher as a compensation. He said, ‘We will give him something from what we have.’” (Agreed upon). 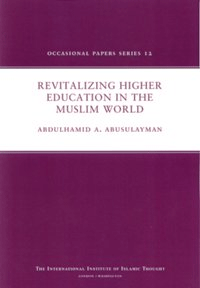 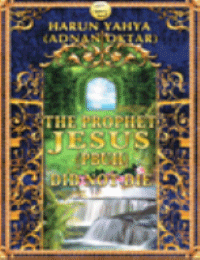 THE PROPHET JESUS (PBUH) DID NOT DIE 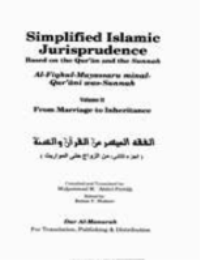 Simplified Islamic Jurisprudence (Based on the Quran and The Sunnah -Volume2 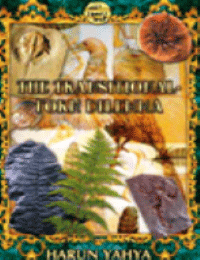 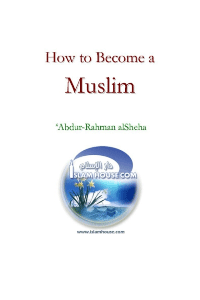 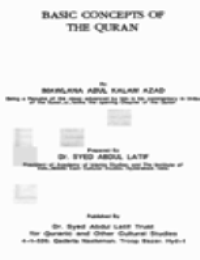 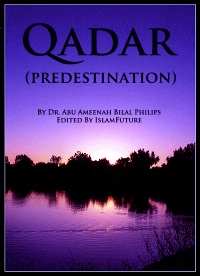