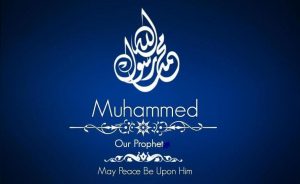 When we examine the many works of the orientalists on the life of Prophet Muhammad we can see that they claim that neither Islam nor the Quran has any originality.

From the 12th century on, works by non-Muslims about the life of Prophet Muhammad (peace be upon him) began to appear alongside the works of Muslim scholars and researchers.

Since the 19th century, with the help of the orientalists, a wide literature in this field has appeared, and in line with the different methods and techniques in social sciences, a methodology has been developed as well as a point of view about Prophet Muhammad that is usually based on secular logic.

The views of the orientalists on Prophet Muhammad actually constitute the base point in general for their opinions and claims about Islam and particularly about the Glorious Quran and the Sunnah (practices of the Prophet).

It is extremely important that we understand their views and opinions about Prophet Muhammad and their perception of Islam. In other words, it is important to understand how they understand Prophet Muhammad: was he a spiritual leader, a social improver and a reformist, an intelligent observer who watched and personalized the customs, practices and traditions of the places he visited that did not exist in his own society, or was he a person who acted reflexively with sociological and psychological motives that evolved within himself?

When the studies conducted by the orientalists on the Prophet are examined, we see, in addition to these attitudes, portrayals and opinions in which some vicious remarks are included. As a matter of fact, according to such opinions, the Glorious Quran is a book written by Prophet Muhammad and consequently Islam is a religion that was established by the Prophet.

It is clear that such a point of view is an outright denial of the fact that Islam is a religion based on revelations and that the Prophet was a Prophet guided by revelations.

Events in the 20th century, particularly with the effects of political developments, have caused Islam to become an important phenomenon in the West. In line with this issue, Westerners began to search for the foundation, basis and establishment of this phenomenon called Islam with a literal method.

The publication of “Mohammed and the Rise of the Islam” by D. S. Margoliouth paved the way for works written by orientalists on Prophet Muhammad and his Prophethood, and the number of works on this issue have increased greatly since that time.

It can be observed that orientalists who researched Prophet Muhammad from different aspects generally evaluated him via two different approaches.

The first group of orientalists studies the Prophet from a reductionist point of view and as a result they ignore the religious identity of Prophet Muhammad, rather showing him to be nothing more than a social reformist.

It is obvious that this understanding is a denial of the Prophethood and the revelations, and thus leads to the conclusion that the Glorious Quran is a book written by a human being. The second approach represents a phenomenological point of view. According to this, the religious identity of Prophet Muhammad is recognized and examined from an Islamic point of view. Unfortunately, the researchers’ preconceived notions in both approaches affect their objectivity and this is reflected in their methods.

When we examine the many works of the orientalists on the life of Prophet Muhammad we can see that they claim that neither Islam nor the Quran has any originality and that the Quran is a book which was written by Prophet Muhammad. The typical example of this understanding shows itself in the claims of R. Bell, who studied the foundations of Islam in Christianity in his book “The Origins of Islam in Its Christian Environment”.

As a matter of fact, orientalists usually try to find an answer as to how Prophet Muhammad (peace be upon him) created the Glorious Quran and accordingly Islam, and while doing so, they set forth their views and opinions on this issue. Accordingly, there are orientalists who assert that the Prophet’s own genius played a great role in the formation of the Glorious Quran and Islam. However, some orientalists state that this formation had political and psychological causes.

According to this approach, which is generally explained with the term cultural-reductionism, conclusions are drawn by considering the Prophet within the context of the socio-cultural environment of the Arabian Peninsula and Mecca at that period.

As a matter of fact, Watt considers the Prophet not as a figure that displays religious reactions after being affected by external religious-cultural factors, but as someone who actually showed a religious reaction to a social environment.

However, it is very difficult to say that the view of Watt on this issue is consistent. He tries to identify the sincerity of the Prophet and the basis of the information he acquired from the sources and lists three probabilities. According to this, the Prophet either combined the information he acquired from human sources with ones conveyed to him through revelations and eventually might have evaluated all of this information as revelations, or he acquired his information through various supernatural ways which constitute a telepathic aspect, or finally  the term “nuhyi = we reveal” should be understood to mean “we inspire”. According to this last possibility, it is clearly stated that Prophet Muhammad received the divine messages not through revelation, but through inspiration, which brings us back to the external religious-cultural intervention theory. This is actually in line with Watt’s general view related to the Islamic revelation.

As can be understood, Watt is not open-minded on this issue and what separates him from the other orientalists is that he does not completely associate the religious function of the Prophet with other religions and cultures but rather considers his function on the revelation level. However, he never ignores the external religious-cultural effects on the personality, thought structure or religious messages of Prophet Muhammad.

Despite the general negative approaches towards the orientalists and their studies in the Islamic world, Watt’s studies, which manage to penetrate deeply into such issues while maintaining respect towards Islam and Prophet Muhammad, gained praise from the scholars and researchers concerned. In the introduction of Watt’s work Islam and Christianity Today, Ahmed Zeki Yemani placed Watt on a different level than the other authors writing about Islam in the English language:

“Professor Watt did many things to save the Western mentality from the animosity and prejudices of the authors of the Middle Ages against Islam, which for a long time influenced the Western world. Despite the phenomenological difficulties resulting from his compromising attitude on issues that are hard to compromise, Watt prevented himself from acting with insular prejudices and succeeded in reaching the zenith of open mindedness.”

Actually, in the introduction of his book Muhammad at Mecca Watt addresses Muslim readers and states that he has said nothing that will require the denial of their faith nor is there a need for a wide gap to exist between the Islamic faith principles of Muslims and the Western studies, and finally, that to date the views of western researchers have been unacceptable to Islam. He further adds that these researchers have acted in such a way not because they actually believe in the research principles they have established, therefore the conclusions at which they have arrived need to be reconsidered. However, immediately after this, he writes that the doctrine of Islamic faith should be held subject to a re-formulation; it is this last that gives us a clue to Watt’s attitude towards Islam and Muslims, which although objective, is perhaps influenced by political statements.

Watt states that the Prophets of the Bible are mentioned in the Quran, however he adds that this is not an indication that the Quran or Prophet Muhammad were under the influence of Judaism-Christianity, and expresses that the introduction of these Prophets is completely different in the Quran. He also reports that in the Quran there are many references to other issues that are related in the Bible and the Jewish-Christian culture; however, he states that this could lead us to an incorrect conclusion if we were to claim that the Quran in fact introduced Judaism.

Watt expresses that the elements that are existent in the Quran that belong to the Jewish-Christian culture overlap with the information found in canonical or apocryphal books. As a result, for him Prophet Muhammad learned this information and these parables from his society and without having subjected them to criticism, adapting them to the Quran.

Source: Taken with modifications from Lastprophet.info

Who Is Muhammad? (Part 5) Society Building