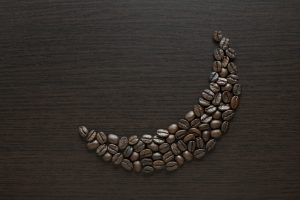 Ramadan becomes a time when Muslims re-commit themselves to what they believe.

Why on earth would anyone willingly choose to fast from dawn to sunset for a whole month?

Isn’t that what people who are not Muslim must be thinking?

Yet, that is precisely what Muslims do every Ramadan. They abstain from food and drink, from smoking cigarettes, from sexual relations with their spouses and even from thinking bad thoughts, from dawn to sunset for a month.

There are many benefits to fasting, but the answer to the question is really very simple. Muslims fast in Ramadan because Almighty God (known to them as “Allah” in Arabic) tells them to. They are doing what Allah wants.

O you who believe! Fasting is prescribed to you as it was prescribed to those before you, that ye may learn taqwa (piety/self-restraint). (Al-Baqarah 2:183)

We will return to this central theme, of responding to what Allah tells them to do, but it is very important for people who are not Muslim to remember another essential thing about fasting in Ramadan: it is not a punishment. In fact, the contrary is true.

In Muslim households, especially in Muslim majority countries, the children will be looking forward to the coming of Ramadan because it is a time when they will get to see their cousins and their friends more often at family meals.

They will also decorate their houses and enjoy special Ramadan foods and drinks. The food and drink might be tasty, but they don’t realize that it is consumed in Ramadan because of the high protein value or because it helps maintain body sugar levels.

Aside from fasting, Ramadan is a month of prayer.

Muslims will devote extra time to prayer, either in community in the mosque or by spending more time on their own in prayer, maybe late at night.

Ramadan becomes a time when Muslims re-commit themselves to what they believe. It is a time when they re-establish that firm bond with their Creator that can only be achieved by prayer. It is, in fact, a time to turn back to Allah.

Ramadan is also the month, beyond all others, of the Quran. It was during the month of Ramadan that the first verses of the Quran were revealed to Prophet Muhammad (peace be upon him) and in every subsequent Ramadan he recited the whole of the Quran together with the Angel Jibril.

It is in Ramadan, therefore, that Muslims try to recite the whole of the Quran and to learn from its verses.

Fasting in Ramadan helps Muslims to be more aware of others around them. The feeling of hunger is a good way to concentrate the mind. Being constantly hungry or thirsty prompts Muslims to think of those people who are less fortunate than they are. 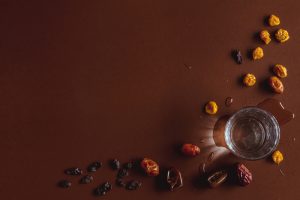 It is a fact that although most Muslims will break their fast with a special meal (known in Arabic as Iftar), most often in the company of their family and friends, there are others in the world whose hunger will not end with the Call for the Sunset Prayer.

Ramadan helps us remember that many in our world are dying of hunger and thirst while we have plenty to eat and drink.

It is for this reason that many Muslims give generously in Ramadan and that Muslim charities exert their greatest efforts in raising money to help the poorest.

One other effect of fasting and, in consequence, concentrating the mind is to help Muslims remember all the blessings they have. They will have thought about those less fortunate than they are, but they will also have plenty of time to reflect on all the good things they enjoy in life, often without giving them a thought.

Ramadan, then, is a time to thank Allah for all of life’s blessings, for family, for good health and well-being. It is a time to remember that Muslims in other countries, such as Palestine, live under oppression and are denied basic human rights, whereas others live in freedom and do not go in fear of their lives.

Finally, doctors have repeatedly told us the benefits to the body of fasting. In a world where people have become very conscious of the things they eat and drink, fasting is a very natural way of cleansing the body from all the harmful toxins it has accumulated over the year.

It is perhaps for all of these reasons and more that Allah Almighty has decreed that Muslims should fast in Ramadan. Human nature is such that, even with the best will in the world, we would not voluntarily do all of these things without a little prompting. It is a good thing, for example, to think of the poor in our midst, but sometimes we need a little reminder to do so. It is good that we recite the Quran, but we sometimes need to be reminded just how good it is.

So all of the things we have listed are the benefits of fasting in Ramadan. By fasting in Ramadan Muslims are helped to become better people, in fact better Muslims. But the reason they fast is not because of benefits.

Ramadan, then, is not a diet lasting the whole month. It is not a punishment for wrongs we may have done.

Fasting in Ramadan is yet another of the many blessings our Creator has given us. Muslims fast in Ramadan because their Creator tells them to. He knows more about us than we know about ourselves, so Muslims respond to His command with joy.