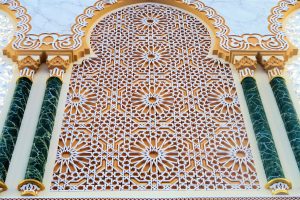 Moses is usually seen as the liberator as well as the law-giver for the Israelites.

However, like all lives, his life is complex. There are numerous lessons and sources of inspiration in his teaching and actions, starting from his early days before he was even called to the Prophethood, until his final days when the Promised Land was barred to him and his people for their persistent disobedience.

And [mention, O Muhammad], when Moses said to his people, “O my people, remember the favor of Allah upon you when He appointed among you prophets and made you possessors and gave you that which He had not given anyone among the worlds. O my people, enter the Holy Land which Allah has assigned to you and do not turn back [from fighting in Allah ‘s cause] and [thus] become losers.” They said, “O Moses, indeed within it is a people of tyrannical strength, and indeed, we will never enter it until they leave it; but if they leave it, then we will enter.” Said two men from those who feared [to disobey] upon whom Allah had bestowed favor, “Enter upon them through the gate, for when you have entered it, you will be predominant. And upon Allah rely, if you should be believers.” They said, “O Moses, indeed we will not enter it, ever, as long as they are within it; so go, you and your Lord, and fight. Indeed, we are remaining right here.” [Moses] said, “My Lord, indeed I do not possess except myself and my brother, so part us from the defiantly disobedient people.” [Allah] said, “Then indeed, it is forbidden to them for forty years [in which] they will wander throughout the land. So do not grieve over the defiantly disobedient people.” (Al-Ma’idah  5:20-26)

Naturally, a brief treatise on the life of a great person like him must be limited to only some aspects chosen as relevant either for providing a better overview or some more interesting details whose importance is not merely historic but retains validity up to our own time.

Moses grew up as the privileged young man destined to be a future ruler. Yet, he did identify with his people, either consciously through an understanding of his origins, or unwittingly through a more general sense of justice.

When witnessing a fight between an Israelite and an Egyptian, he takes sides and helps the Israelite. The blow he gives the Egyptian was so powerful that it killed him, bringing immediate trouble to a remorseful Moses who did not expect his interference in the rights and wrongs of a dispute to have such lasting consequences.

And he entered the city at a time of inattention by its people and found therein two men fighting: one from his faction and one from among his enemy. And the one from his faction called for help to him against the one from his enemy, so Moses struck him and [unintentionally] killed him. [Moses] said, “This is from the work of Satan. Indeed, he is a manifest, misleading enemy.” He said, “My Lord, indeed I have wronged myself, so forgive me,” and He forgave him. Indeed, He is the Forgiving, the Merciful. (Al-Qasas 28:15-16)

It must have been a time of general turmoil in Egyptian society, for the very next day he encounters the man he saved involved in another quarrel and once again asking for his help.

Moses hesitates and then, helped by the urging of third parties, decides to leave the city altogether, realizing that he would otherwise be tracked down and asked to account for what he had done.

And he became inside the city fearful and anticipating [exposure], when suddenly the one who sought his help the previous day cried out to him [once again]. Moses said to him, “Indeed, you are an evident, [persistent] deviator.” And when he wanted to strike the one who was an enemy to both of them, he said, “O Moses, do you intend to kill me as you killed someone yesterday? You only want to be a tyrant in the land and do not want to be of the amenders.” And a man came from the farthest end of the city, running. He said, “O Moses, indeed the eminent ones are conferring over you [intending] to kill you, so leave [the city]; indeed, I am to you of the sincere advisors.” So he left it, fearful and anticipating [apprehension]. He said, “My Lord, save me from the wrongdoing people.” (Al-Qasas 28:18-21)

A refugee and fugitive from a justice he knew would not be in his favor, Moses travelled as far as Midian, a territory around where Jordan and Saudi Arabia meet today and which was the home of another Prophet, Jethro (Shu’aib) from whom Moses would learn much to equip him for his eventual return to Egypt.

At his arrival at Midian, a hungry and tired Moses felt compassion for two shepherd girls who had difficulty getting their flock to the watering place amidst all the male shepherds, so he offered to carry out that task for them.

In return, their father invited him to his home where, after listening to his story, he offered him employment for a set number of years and marriage to one of his daughters.

And when he came to the well of Madyan, he found there a crowd of people watering [their flocks], and he found aside from them two women driving back [their flocks]. He said, “What is your circumstance?” They said, “We do not water until the shepherds dispatch [their flocks]; and our father is an old man.” So he watered [their flocks] for them; then he went back to the shade and said, “My Lord, indeed I am, for whatever good You would send down to me, in need.” Then one of the two women came to him walking with shyness. She said, “Indeed, my father invites you that he may reward you for having watered for us.” So when he came to him and related to him the story, he said, “Fear not. You have escaped from the wrongdoing people.” One of the women said, “O my father, hire him. Indeed, the best one you can hire is the strong and the trustworthy.” He said, “Indeed, I wish to wed you one of these, my two daughters, on [the condition] that you serve me for eight years; but if you complete ten, it will be [as a favor] from you. And I do not wish to put you in difficulty. You will find me, if Allah wills, from among the righteous. (Al-Qasas 28:23-27) 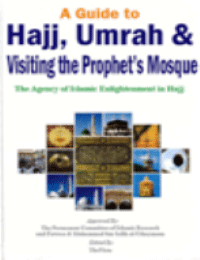 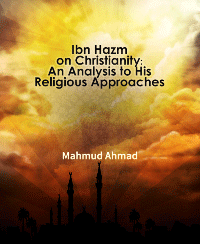 WAS THE PROPHET OF ISLAM UNLETTERED? 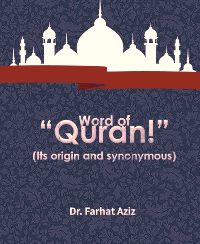 Word of “Quran!” (Its origin and synonymous) 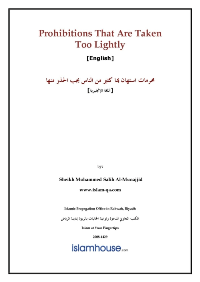 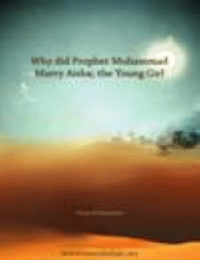