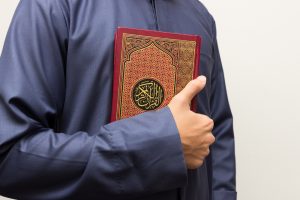 Muslims love Jesus (peace be upon him) dearly

You know Uthman that Jesus (peace be upon him) is loved by billions of people all over the world. What could come as a big surprise to many Christians is to know that Muslims love him dearly too.

We claim to love him even more than they do. I believe we have the right to that claim because we follow and believe what he told. We have never changed his teachings and we have not changed his position to anything other than what it was. We can say this with all confidence because we have a full and accurate account of this in the final revelation of the Quran.

Ya, I totally agree Abdullah. We Muslims love Jesus (peace be upon him) dearly. You know an interesting fact that many of us need to consider is that nowhere in the Bible does Jesus say he is god. In fact, if this was true, you would have countless narrations in the Bible but the fact is it is not mentioned once anywhere where Jesus says I am god, worship me.

You know Abdullah another point of discussion is this claim about Jesus being the son of God. We Muslims believe that this was an invention by man. The first person who told that was Paul. He was a person who never met Jesus (peace be upon him). It is worthy to tell that a few hundred years later that the Roman Empire decided to declare this as the official Christian creed. They declared all of the views of Jesus as heresy and any follower of Jesus (peace be upon him) was forced to believe Jesus is the son of god or he was persecuted or tortured or even killed.

In Islam, we believe that Jesus is a messenger from God. He came to reaffirm messages from earlier Prophets, like Noah, Abraham, Jacob and Moses. Jesus himself in the Bible says in John, chapter 5, verse 30, “I cannot do anything by myself. Whatever I hear I judge and my judgment is just. I do not seek my own will but the will of the one who sent me.”

Okay, that is a very interesting passage. You know that there are also many verses in the Qur’an which actually reach out to the followers of Jesus Christ informing them of who Jesus really was and what he really talked. Allow me to show you one such passage,

And God says, O people of the scripture, do not exaggerate or go to extremes in your religion, or say anything about God but the truth. The Messiah, Jesus son Mary, was no more than an honored messenger of God and His Word that He imparted to Mary and a spirit from Him. So, believe in God and His Messengers and do not say, “Three in one.” Cease for your own God, for your lord is One God, Glory be to Him. He is far above having a son. All that is in the heaven and the earth belongs to Him. And God is Sufficient as Guardian of the affairs of the universe” (Surah Al-Nisa’ 4:171)

Beautiful verse Uthman, may God guide us all! I hope we all follow the true message of Jesus which is still preserved in the Qur’an. I know Christians love Jesus dearly but this cannot be good news for them in Islam. Adopting the message of Islam does not mean that they have to abandon their love for Jesus. If anything, It will allow them to love him even better.