Want to overcome heart aches, release your pain, master your fears and worries? Who doesn’t? It’s through remembering God, sticking to Him, you manage all this.

And it is after this constant return of this feeling of unrest that we may finally remember the verse: “Verily in the remembrance of Allah do hearts find rest!” (Ar-Ra`d 13:28)

There are many verses and traditions of the Prophet (peace be upon him) that show us the extreme importance of dhikr (remembrance of Allah) in our lives. One interesting hadith (narration) is that of a man who came to the Prophet who felt that the rules had become too much for him. He felt a burden on his shoulders, unsure if he was to be able to fulfill his roles and obligations to his Lord.

He came with a concern to the Prophet and asked: “O Messenger of Allah, the laws of Islam have become many for us, so give us a means of access which is comprehensive to which we can cling”. Notice, he wants something to cling to, something to hold on to so that he doesn’t slip away. What then did the Prophet respond? “Let not your tongue cease to be moist with the remembrance of Allah, the Glorious, the Magnificent.” (At-Tirmidhi)

Another powerful hadith is that which describes people who will go to Paradise. They will have already made it to the land where all their wishes and dreams are merely a thought away. Where they get to do whatever they please whenever they please and are not plagued by the ups and downs of this worldly life. Will these people, who have made it so far, have any regrets?

Will they wish that they could change something in their previous lives, anything? The Prophet tells us about the regrets of the people of Paradise. He says “The people of Paradise will not regret except one thing alone: the hour that passed them by and in which they made no remembrance of Allah.” (Muslim)

Lastly, think back to a story mentioned in many traditions and in our Qur’an. The story of Prophet Yunus (Jonah, peace be upon him), who had been swallowed by a whale. He lay there in the stomach of this whale, alone and in darkness—a feeling that some of us can relate to without ever having to find our way into the belly of any animal.

His reaction was not to curl up and fall into despair; rather he spoke to the only one who could take him out of this darkness and take him out of his lonely state. He said, “La ilaha illa anta subhanaka inni kuntu min adhalimin” (none has the right to be worshipped but You (O Allah), Glorified are You (above all that (evil) they associate with You). Truly, I have been of the wrong-doers).

He made dhikr. When in unimaginable hardship, he made dhikr. Then what happened? Allah subhanahu wa ta`ala (Exalted is He) removed him from the darkness. He saved him and took care of him. Allah then tells us in the Qur’an a very important point which brings this all home. He says:

Had he not been one of My glorifiers, he would have remained inside the whale’s stomach until Judgment Day. (As-Saffat 37:143-144)

The dhikr he made saved him from the loneliness and the darkness that he was enveloped in, along with the pain and suffering he was undergoing in the inside of the whale; imagine then what it can do for us.

An issue that often times arises when we try to implement adding dhikr into our lives is that we start off excited and really feeling it. We start off feeling like a fish that has just been placed in water after struggling to breathe on land. But then, the feeling starts to fade and we stop feeling our words. We start feeling that we are speaking empty words and then Shaytan (Satan) comes in telling us that since we don’t feel it, there is no point in doing it.

A wise man from our history, Ibn `Ata’illah, speaks of this eloquently and holistically. He says: ‘Do not stop mentioning God just because your heart is not present. Forgetting Him completely is worse than being inattentive while you are mentioning him; perhaps He will elevate you from being inattentive to being attentive, and from being attentive to being fully present with Him, and from being fully present with Him to being fully absent from anything but Him; “and this is not difficult for God”. (Fatir 35:17).

Take a moment right now to make a commitment to yourself to add more dhikr to your daily routine. It doesn’t have to be something big, take it easy and take baby steps, but make a commitment that you won’t leave. Remember, Allah loves those deeds which are consistent even if they are small. Not only that, but when you take one step towards Allah He takes ten steps towards you.

Oh Allah, assist us in remembering You, thanking You and worshipping You in the best of manners. 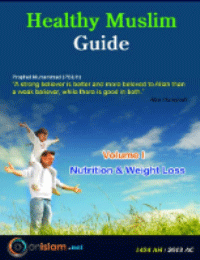 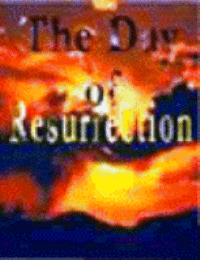 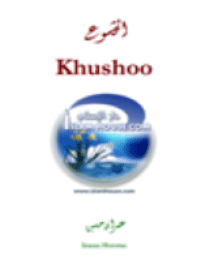 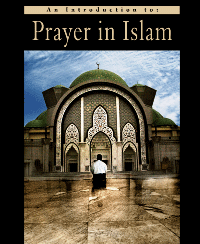 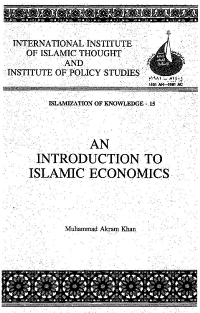 An Introduction to Islamic Economics 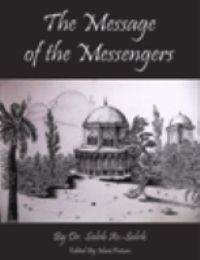 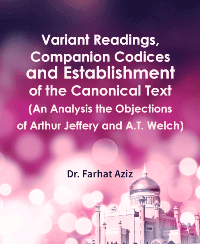