Status of Women in Islam: The Economic Aspect 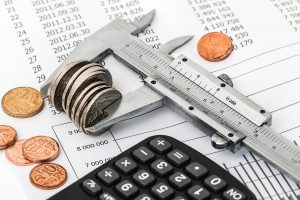 According to Islamic Law, woman’s right to her money, real estate, or other properties is fully acknowledged.

Islam decreed a right of which woman was deprived both before Islam and after it (even as late as the last century), the right of independent ownership.

According to Islamic Law, woman’s right to her money, real estate, or other properties is fully acknowledged. This right undergoes no change whether she is single or married. She retains her full rights to buy, sell, mortgage or lease any or all her properties.

It is nowhere suggested in the Law that a woman is a minor simply because she is a female. It is also noteworthy that such right applies to her properties before marriage as well as to whatever she acquires thereafter.

Status of Women: The Right to Seek Employment

With regard to the woman’s right to seek employment, Islam regards her role in society as a mother and a wife as the most sacred and essential one.

Neither maids nor baby-sitters can possibly take the mother’s place as the educator of an upright, complex free, and carefully-reared children. Such a noble and vital role, which largely shapes the future of nations, cannot be regarded as “idleness”.

However, there is no decree in Islam which forbids woman from seeking employment whenever there is a necessity for it, especially in positions which fit her nature and in which society needs her most

Examples of these professions are nursing, teaching (especially for children), and medicine.

Moreover, there is no restriction on benefiting from woman’s exceptional talent in any field. Even for the position of a judge, where there may be a tendency to doubt the woman’s fitness for the post due to her more emotional nature, we find early Muslim scholars such as Abu-Hanifa and At-Tabari holding there is nothing wrong with it.

Status of Women: The Right to Inherit

In addition, Islam restored to woman the right of inheritance, after she herself was an object of inheritance in some cultures. Her share is completely hers and no one can make any claim on it, including her father and her husband.

Her share in most cases is one-half the man’s share, with no implication that she is worth half a man! It would seem grossly inconsistent after the overwhelming evidence of woman’s equitable treatment in Islam, which was discussed in the other parts of this series of articles, to make such an inference.

Variations in Financial Responsibilities of Man and Woman

This variation in inheritance rights is only consistent with the variations in financial responsibilities of man and woman according to the Islamic Law.

Man in Islam is fully responsible for the maintenance of his wife, his children, and in some cases of his needy relatives, especially the females. This responsibility is neither waived nor reduced because of his wife’s wealth or because of her access to any personal income gained from work, rent, profit, or any other legal means.

Woman, on the other hand, is far more secure financially and is far less burdened with any claims on her possessions. Her possessions before marriage do not transfer to her husband and she even keeps her maiden name.

She has no obligation to spend on her family out of such properties or out of her income after marriage. She is entitled to the “Mahr” which she takes from her husband at the time of marriage. If she is divorced, she may get an alimony from her ex-husband.

An examination of the inheritance law within the overall framework of the Islamic Law reveals not only justice but also an abundance of compassion for woman.