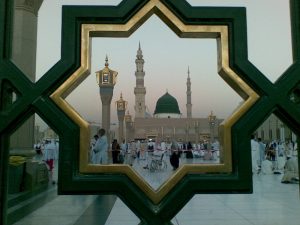 The Sunnah acquires a high standing as it represents the practical manifestation of the Qur’an and the whole religion.

Almighty Allah has inspired His Messenger (peace be upon him) with two kinds of revelation: the Qur’an and the Sunnah. Both of them, thus, constituted the basic foundation of the Islamic religion.

The Qur’an is the book revealed to Prophet Muhammad in word and meaning without any intervention of Prophet Muhammad whose mission was to convey it to people as taken from Jibril (the angel of revelation, peace be upon him).

However, the Sunnah refers to everything that is said, done or admitted by the Prophet (peace be upon him). The Sunnah comes subsequent to the Qur’an in the degree and maintains the second source of religion in the broad meaning of the word. The Sunnah acquires high standing as it represents the practical manifestation of the Qur’an and the whole religion. The Sunnah serves to expound the Qur’an’s ambiguous texts, particularize its general orders, and specifies its commonalities. For example, the Qur’an gave a command of performing prayer but it did not define the times, the how, the conditions, the nullifiers nor the pillars of the prayer. It is the Sunnah that undertook this job in light of the Prophet’s saying, “Offer prayer the same as you saw me do.” (Al-Bukhari) The same thing is applicable to the orders of the Qur’an to offer fasting, pay out Zakah (obligatory charity), perform Hajj (pilgrimage), implant the penalties, etc.

God (Glory be to Him) has stressed the obligation of showing complete obedience and submission to the Prophet Muhammad (the Sunnah giver) in many verses of the Qur’an. It reads,

And whatsoever the Messenger (Muhammad PBUH) gives you, take it, and whatsoever he forbids you, abstain (from it) , and fear Allah. Verily, Allah is Severe in punishment. (Al-Hashr 59:7)

But no, by your Lord, they can have no Faith, until they make you (O Muhammad SAW) judge in all disputes between them, and find in themselves no resistance against your decisions, and accept (them) with full submission. (An-Nisa’ 4:65)

And from the hadith we quote the Prophet’s saying, “So, hold fast to my Sunnah and the examples of the Rightly- Guided Caliphs who will come after me. Adhere to them and hold to it fast. Beware of invented things (in religion) because every bid`ah (innovation in religion) is a misguidance”. (Abu Dawud and At- Tirmidhi)

Sunnah being a separate source of religion is common for the whole components of Islam with no exception. Nothing in Islam is restricted to the Qur’an alone without the Sunnah. Some may think that the sunnah, being inferior to the Qur’an, is put aside from specific issues which involve high significance such as the issues of faith and the unseen world. Yet, this is all a mistake. The Sunnah is an independent source of legislation that partakes with the Qur’an in defining the Islam’s fundamentals and details with no authoritative-based discrimination.

Both the Qur’an and the Sunnah lay down the bases of Islamic creed, legislations, morals, values, punishments, and worships. There is no distinction between the texts of the Qur’an and Sunnah on the level of authoritative and legislative indication. In other words, the scholars of Islam lay no preference to a text depending on its being from the Qur’an or the Sunnah but they look at its authenticity and purport, which if proved perfect they take it and implement its ruling with no attention to the source. So, both the Qur’an and Sunnah acquire a high religious status forming the religion of Islam, especially if we took into consideration the following Qur’anic verses in which Allah points to Prophet Muhammad,

By the star when it descends, Your companion (Muhammad PBUH) has neither gone astray nor has erred. Nor does he speak from [his own] inclination. It is only an Inspiration that is inspired. He has been taught (this Quran) by one mighty in power [Jibril (Gabriel)]. (An-Najm 53:1-5)

These verses back up the authoritative power of the Sunnah, by maintaining that it is from God the Almighty, who also revealed the Qur’an. There are some people who claim that the Glorious Qur’an is enough in illustrating the matters of religion especially that its authenticity is agreed upon by all Muslims whereas the Sunnah contains weak and inauthentic narrations. These allegations have been predicted by the Prophet Muhammad (peace be upon him) who said as narrated by Miqdam ibn Ma`dikarib Al-Kindi that the Messenger of Allah (peace be upon him) said: “Soon there will come a time that a man will be reclining on his pillow, and when one of my hadiths is narrated he will say: ‘The Book of Allah is (sufficient) between us and you. Whatever it states is permissible, we will take as permissible, and whatever it states is forbidden, we will take as forbidden.’ Verily, whatever the Messenger of Allah (peace be upon him) has forbidden is like that which Allah has forbidden.” (At-Tirmidhi)

The existence of some weak or fabricated hadiths, as maintained by the scholars of hadith, is indeed a landmark indication of the veracity of the Sunnah and its standing as independent source of Islam. The conditions put by those scholars are so strict that nothing can be attributed to the Prophet unless it has been proved authentic by both the requirements of the texts and the chain of narrators.

Yet, even in the Qur’an there are certain styles of recitation that were rejected by the scholars of Tafsir (exegesis of the Qur’an), deemed as irregular styles and denied. This is related to the criteria of narration in Islam as well.

Those who raise doubts over the Sunnah are so wicked that they want to doubt the Qur’an as well but at a later time. There malicious and false proofs can be used for questioning the Qur’an to pull down the whole entity of Islam through the gate of the Sunnah. However, the Sunnah for Muslims shares the same status of its giver, namely the Prophet Muhammad (peace be upon him) from God (Glory be to Him). We believe in both the Qur’an and the Sunnah just as we believe in the coming of Prophet Muhammad (peace be upon him). We, as Muslims, accept what the scholars of Islam verified as soundly attributed to the Prophet (peace be upon him) and refuse what they refused. As Muslims, we believe that the Sunnah is a complementary to the Qur’an, that explains its verses, clarifies it rulings and illustrates its pieces of wisdom. This is our faith and this is the correct way of the mainstream Muslims.