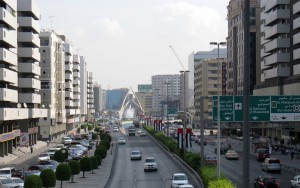 In a noble hadith, the Prophet (peace be upon him) commanded us to remove the harmful objects from the roads.

What does Islam say about the rights of the road?

In an explanation of the Islamic rights, establishment of new social rules and confirmation to the comprehensive approach that Islam preached, the Prophet (peace be upon him) was once among his companions and said, “Avoid sitting on roadsides.” His Companions said: “O Messenger of Allah (peace be upon him), there is no other alternative but to sit there to talk.” Thereupon, the Messenger of Allah said, “If you have to sit at all, then fulfill the rights of the road.” They asked: “What are their rights?” Thereupon he said, “Lowering the gaze (so that you may not stare at unlawful things); refraining from doing some harm to others, responding to greeting (i.e., saying ‘Wa`alaikumus- salam‘ to one another) and commanding the good and forbidding the evil.” [Al-Bukhari and Muslim]

This great hadith demonstrates an aspect of Islam’s care for infusing mutual respect and safeguarding the Muslim community against corruption. The hadith is rather a strong Islamic scream and impediment against the spread of different kinds of harassment, which became today’s unbearable universal disease.

At the beginning, the Prophet (peace be upon him) wished to prevent people from sitting on roadsides where they are supposed to haphazardly mingle which may lead to undesirable outcomes. They told him that doing so is impossible, so the Prophet (peace be upon him) set the guidelines that protect people’s dignities and block the ways to the proceeding harms. These instructions are titled “rights of the road” that have to be observed while one is in the road. We will attempt to review these rights as derived from the above hadith and other hadiths.

Rights of the Road

First: The right of lowering the gaze

Many are the pleasures that heatedly stimulate one’s craving. To feel satisfied with what you already have is a useful weapon for defending oneself from the evil inclinations to illegal acquisition of these pleasurable things. Yet, lowering your gaze is rather an effective tool at your hands, which is quite protective as well. In the above hadith, the Prophet (peace be upon him) clarifies that it is a right of the road to lower your gaze from everything that God has prohibited. This right is common for men and women equally, Almighty God says,

Men and women are ordered to lower their gaze from each other because not lowering the gaze opens the way to immoralities and incurs the punishment of God.

Lowering the gaze should be observed as well in the following cases:

Second: The right of not causing harm

`Abdullah ibn `Amr ibn Al-`Aas (may Allah be pleased with them) reported: “The Prophet (peace be upon him) said, “A Muslim is the one from whose tongue and hands the Muslims are safe.” (Al-Bukhari and Muslim)

And those who harm believing men and believing women for [something] other than what they have earned have certainly born upon themselves a slander and manifest sin. (Al-Ahzab 33:58)

The Prophet (peace be upon him) made this deed, not to cause harm to people, an act of charity.  Abu Dharr (may Allah be pleased with him) reported: “I asked: “O Messenger of Allah! Which action is the best?” He (peace be upon him) said, “Faith in Allah and Jihad in the way of Allah.” I asked: “Which neck (slave) is best (for emancipation)?” He said, “That which is dearest of them in price and most valuable of them to its masters”. I asked: “If I cannot afford (it)?” He said, “Then help a laborer or work for one who is disabled”. I asked: “If I cannot do (it)?” He said, “You should restrain yourself from doing wrong to people, because it (serves as) charity which you bestow upon yourself”. (Al-Bukhari and Muslim)

Third: The right of responding to the greetings

Greeting others is known to be a right of the Muslim upon his Muslim and returning the greeting is also a duty and right of the road. Almighty Allah gave clear orders to respond to the greetings, even in a better way. He says,

And when you are greeted with a greeting, greet [in return] with one better than it or [at least] return it [in a like manner]. Indeed, Allah is ever, over all things, an Accountant. (An-Nisaa’ 4:86)

The Prophet (peace be upon him) urged to exchange greetings between Muslims. Abu Hurairah (may Allah be pleased with him) reported: Messenger of Allah (peace be upon him) said, “By Him in Whose Hand my soul is! You will not enter Paradise until you believe, and you shall not believe until you love one another. May I inform you of something, if you do, you love each other. Promote greeting amongst you (by saying As-salamu `alaikum to one another)”. (Muslim)

Fourth: The right of enjoining good and forbidding evil

Almighty Allah has made enjoining good and forbidding evil and instinctive feature of the believers while the hypocrites are entirely to the opposite because they enjoin evil and forbid good. God says,

The hypocrite men and hypocrite women are of one another. They enjoin what is wrong and forbid what is right… (At-Tawbah 9:67)

God made this pillar of Islam a condition of the goodness of the Muslim community. God says,

You are the best nation produced [as an example] for mankind. You enjoin what is right and forbid what is wrong and believe in Allah. (Aal `Imran 3:110)

Hudhaifah (may Allah be pleased with him) reported: “The Prophet (peace be upon him) said, “By Him in Whose Hand my life is, you either enjoin good and forbid evil, or Allah will certainly soon send His punishment to you. Then you will make supplication and it will not be accepted”. (At-Tirmidhi)

Narrated `Abdullah ibn Mas`ud: “The Messenger of Allah (peace be upon him) said: The first defect that permeated the Children of Israel was that a man (of them) met another man and said: ‘O so-and-so, fear Allah, and abandon what you are doing, for it is not lawful for you. He then met him the next day and that did not prevent him from eating with him, drinking with him and sitting with him. When they did so. Allah mingled their hearts with each other. He then recited the verse:

Cursed were those who disbelieved among the Children of Israel by the tongue of David and of Jesus, the son of Mary. That was because they disobeyed and [habitually] transgressed. (Al-Ma’idah 5:78)

He then said: By no means, I swear by Allah, you must enjoin what is good and prohibit what is evil, prevent the wrongdoer, bend him into conformity with what is right, and restrict him to what is right.” (Abu Dawud)

Fifth: The right of removing harm from the road

In a noble hadith, the Prophet (peace be upon him) commanded us to remove the harmful objects from the roads, which is a right pertains to the road. Abu Hurairah (may Allah be pleased with him): “The Prophet (peace be upon him) said, “Faith has over seventy branches – or over sixty branches – the uppermost of which is the declaration: ‘None has the right to be worshipped but Allah’; and the least of which is the removal of harmful object from the road, and modesty is a branch of faith.” (Al-Bukhari and Muslim)

Removing harmful things from the roads leads to forgiveness and paradise as well. It has been narrated on the authority of Abu Hurairah that the Messenger of Allah said, “A person while walking along the path saw the branches of a tree lying there. He said: By Allah, I shall remove these from this so that these may not do harm to the Muslims, and he was admitted to Paradise.” (Muslim)

Sixth: The right of guiding the passerby

The Prophet made guiding the travelers among the rights of the road. Abu Hurairah reported that the Messenger of Allah (peace be upon him) forbade people to sit in courtyards and roads. The Muslims said, “We will not be able to avoid it. We cannot undertake it.” He said, “If not, then give it its due.” They said, “What is it due?” He said, “Lower the eye, guide the traveler, wish for mercy on the person who sneezes when he praises Allah and return the greeting.” (Al-Bukhari in Al-Adab Al-Mufrad)

Seventh: The right of refraining from excretion or urination in the roads

Affirming the care of Islam on preserving the cleanness of the road, the Prophet (peace be upon him) forbade these acts that cause harm to the passerby and can be unhealthy sources of harms to them. The Prophet made refraining from excretion or urination a right of the roads as in the hadith of Abu Hurairah (may Allah be pleased with him) that the Messenger of Allah (peace be upon him) said: “Be on your guard against two things which provoke cursing.” They (the companions present there) said: “O Messenger of Allah, what are those things which provoke cursing? He said: Easing on the thorough roads or under the shades (where they take shelter and rest).” (Muslim)

Eighth: The right of helping people in lifting their bags

While in the road, one is supposed to meet those who carry big bags while attempting to cross the road or put them in the car trunk. It is an act of Sunnah to help them in putting their bags inside the cars, especially if they are old. Abu Hurairah narrated that the Messenger of Allah (peace be upon him) said, “There is a (compulsory) sadaqah (charity) to be given for every joint of the human body (as a sign of gratitude to Allah) every day the sun rises. To judge justly between two persons is regarded as sadaqah, and to help a man concerning his riding animal by helping him to ride it or by lifting his luggage on to it, is also regarded as sadaqah, and (saying) a good word is also sadaqah, and every step taken on one’s way to offer the compulsory prayer (in the mosque) is also sadaqah and to remove a harmful thing from the way is also sadaqah.” (Al-Bukhari) 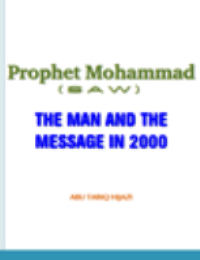 Prophet Mohammad (PBUH) THE MAN AND THE MESSAGE IIN 2000 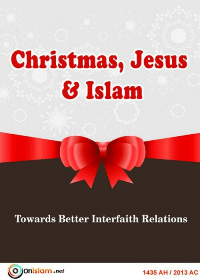 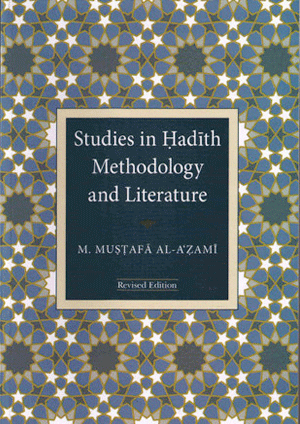 Studies in Hadith Methodology and Literature 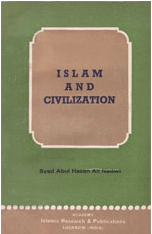 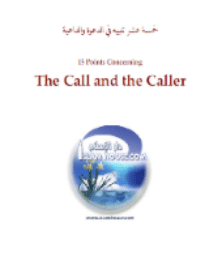 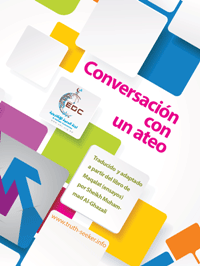 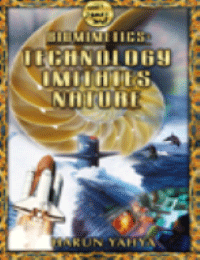