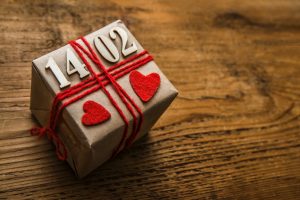 As Muslims, we are required to love one another and to wish and inculcate love among people regardless of their color, race, religion, or identity. However, this does not mean dissolving our identity or blindly copying and imitating others’ traditions and practices.

The Origin of “Valentine’s Day” or “Festival of Love”

The Festival of Love was one of the festivals of the pagan Romans, when paganism was the prevalent religion of the Romans more than seventeen centuries ago. In the pagan Roman concept, it was an expression of “spiritual love”.

There were myths associated with this pagan festival of the Romans, which persisted with their Christian heirs. Among the most famous of these myths was the Roman belief that Romulus, the founder of Rome, was suckled one day by a she-wolf, which gave him strength and wisdom.

The Romans used to celebrate this event in mid-February each year with a big festival.

One of the rituals of this festival was the sacrifice of a dog and a goat. Two strong and muscular youths would daub the blood of the dog and goat onto their bodies, then they would wash the blood away with milk. After that there would be a great parade, with these two youths at its head, which would go about the streets. The two youths would have pieces of leather with which they would hit everyone who crossed their path. The Roman women would welcome these blows, because they believed that they could prevent or cure infertility.

The Connection Between Saint Valentine and This Festival

Saint Valentine is a name which is given to two of the ancient “martyrs” of the Christian Church. It was said that there were two of them, or that there was only one, who died in Rome as the result of the persecution of the Gothic leader Claudius, c. 296 CE. In 350 CE, a church was built in Rome on the site of the place where he died, to perpetuate his memory.

When the Romans embraced Christianity, they continued to celebrate the Feast of Love mentioned above, but they changed it from the pagan concept of “spiritual love” to another concept known as the “martyrs of love”, represented by Saint Valentine who had advocated love and peace, for which cause he was martyred, according to their claims. It was also called the Feast of Lovers, and Saint Valentine was considered to be the patron saint of lovers.

One of their false beliefs connected with this festival was that the names of girls who had reached marriageable age would be written on small rolls of paper and placed in a dish on a table. Then the young men who wanted to get married would be called, and each of them would pick a piece of paper. He would put himself at the service of the girl whose name he had drawn for one year, so that they could find out about one another. Then they would get married, or they would repeat the same process again on the day of the festival in the following year.

The Christian clergy reacted against this tradition, which they considered to have a corrupting influence on the morals of young men and women. It was abolished in Italy, where it had been well-known, then it was revived in the eighteenth and nineteenth centuries, when in some western countries there appeared shops which sold small books called “Valentine’s books”, which contained love poems, from which the one who wanted to send a greeting to his sweetheart could choose. They also contained suggestions for writing love letters.

Indeed, Islam is the religion of altruism, true love, and cooperation on that which is good and righteous. We implore Allah Almighty to gather us together under the umbrella of His All-encompassing Mercy, and to unite us together as one man. Allah Almighty says:

The believers are naught else than brothers. Therefore make peace between your brethren and observe your duty to Allah that haply ye may obtain mercy
(Al-Hujurat 49:10)

Islam does also recognize happy occasions that bring people closer to one another, and add spice to their lives. However, Islam goes against blindly imitating the West regarding a special occasion such as Valentine’s Day.

Hence, commemorating that special day known as the Valentine’s Day is an innovation or bid`ah that has no religious backing. Every innovation of that kind is rejected, as far as Islam is concerned. Islam requires all Muslims to love one another all over the whole year, and reducing the whole year to a single day is totally rejected.

We Muslims ought not to follow in the footsteps of such innovations and superstitions that are common in what is known as the Valentine’s Day. No doubt that there are many irreligious practices that occur on that day, and those practices are capable of dissuading people from the true meanings of love and altruism to the extent that the celebration is reduced to a moral decline.

Marriage between Islam and the Western Culture (Part 1/2)

What Are the Rights of the Road in Islam?

Why Are We Tested in This Life?