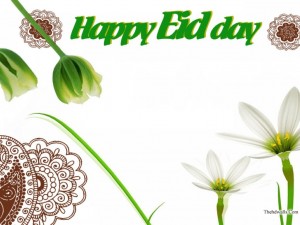 On `Eid day, Muslims gather in a larger facility than the neighborhood masjid and join in Salat Al-’Eid which is composed of salah followed by an address by the Imam.

On Eid day, Muslims gather in a larger facility than the neighborhood mosque and join in Eid prayer which is composed of prayer followed by an address by the imam (leader of the prayer).

This is a major holiday for the Muslims. On this day, they visit many relatives and friends and give gifts to the children.

Eid is, first, a day of thanks to Allah, and next, a gathering of families and friends. All financially able Muslims are required to give Sadaqat Al-Fitr, a form of charity, on behalf of each and every person of the family, including newborns, to the poor and needy during the Ramadan but before the Eid Prayers.

There are a number of etiquette and acts of Sunnah that the Muslim should observe on that day, including:

One of the good manners of `Eid is to take bath before going out to the Prayer. It was reported that Sa`id ibn Jubayr said: “Three things are Sunnah on `Eid: to walk (to the prayer-place), to take a bath, and to eat before coming out (if it’s Eid Al-Fitr).”

2. Eating before coming out

One should not come out to the prayer-place on Eid Al-Fitr before eating some dates, because of the hadith narrated by Al-Bukhari from Anas ibn Malik who said: “The Messenger of Allah (peace and blessings be upon him) would not go out in the morning of Eid Al-Fitr until he had eaten some dates… and he would eat an odd number.” On Eid-ul-Adha, on the other hand, it is recommended not to eat until after the Prayer, when one should eat from the meat of one’s sacrifice.

This is one of the greatest Sunnahs of this day. Al-Daraqutni and others reported that when Ibn Umar came out on Eid Al-Fitr and Eid-ul-Adha, he would strive hard in making Takbir until he reached the prayer-place, then he would continue making Takbir until the Imam came.

People may exchange congratulations and good greetings on Eid, no matter what form the words take. For example they may say to one another, “Taqabbal Allahu minnaa wa minkum (may Allah accept from us and from you our good deeds!)”.

Jubayr ibn Nufayr said: “At the time of the Prophet (peace and blessings be upon him) when people met one another on the day of Eid, they would say, ‘Taqabbal Allahu minnaa wa minka.’” (Ibn Hajar)

Jabir (may Allah be pleased with him) said: “The Prophet (peace and blessings be upon him) had a Jubbah (cloak) that he would wear on Eid and on Fridays.” Al-Bayhaqi reported that Ibn Umar used to wear his best clothes on Eid, so men should wear the best clothes they have when they go out for Eid.

6. Changing route on returning from Prayer-place

Jabir ibn Abdullah (may Allah be pleased with him) reported that the Prophet (peace and blessings be upon him) used to change his routes on the day of `Eid. (Al-Bukhari)

As Muslim families begin to congregate at the prayer place, the praising of God is joined with words of congratulations. Children dart about in anticipation of gifts and feasts, older people reflect on the success of Ramadan and the Magnificence of God.

A quiet hush then spreads across the crowd as the `Eid prayer begins. It differs slightly from the normal prayers, and although it is not obligatory, it is highly recommended that Muslims attend.

Muslims stand shoulder to shoulder and give thanks to God not only for the joy of Ramadan, but also for the countless blessings He bestows upon us every day.

1- As on Friday, every worshipper should go to the Eid Congregation in his best, neat, tidy and high-spirited. In the mosque or the place of assembly a certain verbal prayer is said before the actual prayer begins. This is known as Takbir.

2- The time of the Eid prayers is any time after sunrise and before noon. No adhan or iqamah is required. The prayer consists of two units with the Imam reciting in each the Al-Fatihah (the 1st chapter of the Qur’an) and another passage from the Quran audibly.

3- The Imam declares his intention to lead the prayer saying Allahu Akbar (God is the Greatest of all), then he repeats the same utterance seven times, raising his hands up to the ears and dropping them by his sides at the end of each utterance.

On completion of the seventh Takbir (utterance) he places the right hand over the left one under the navel as in other prayers. The worshippers follow the Imam in these movements step by step, doing and saying exactly the same

4- At the end of the first unit, the Imam rises up for the second, saying Allahu Akbar. Then he adds five such utterances doing the same thing as he did in the first unit, and followed by the congregation in a like manner

5- After the prayer is completed in two units, the Imam delivers a sermon of two parts with a short recess in between. The first part is begun by saying Allahu Akbar, nine times and the second by making same utterance seven times. The rest of the sermon goes along the lines of exhortation and advice like those of the Friday sermon

6- We must draw the attention to the matter of sadaqat Al-Fitr (the charity of breaking the fast). This is an obligatory tax, whereby every individual Muslim who can afford it must give at least one full meal, or its value, to the poor.

If he has any dependents, he must do the same thing for each one of his dependents. For example, if he provides for himself and three dependents, he has to distribute as a minimum four full meals or their value to the needy.

7. In the sermon of the Second ‘Eid, the Imam should draw the attention to the duty of Sacrifice. On the day of `Eid Al-Adha (Festival of Sacrifice) every Muslim with means is to offer an oblation. A goat or sheep suffices for one household. A cow or steer suffices for seven different households. It is preferable to slaughter the animal of Sacrifice on the `Eid day after prayers. But if it is slaughtered on the second or the third day, it will be accepted. With regard to the meats of the slaughtered animals the Qur’an stipulates these instructions:

In the same reference, the  Quran declares that God is neither interested in nor does He get the meats of the oblations or their blood; but it is the piety of His worshippers that He gets and is interested in

It should be repeated that the Eid prayers do not substitute for the Fajr (obligatory early morning) Prayers, and cannot themselves be substituted for by any other prayers

The Takbir, which is said before the prayers of both Eid and after the ordinary congregations prayers offered during the three days following the second Eid, is called Takbir At-Tashriq. It goes as follow:

God is the Greatest, (three times)

There is no god but the One God.

God is the Greatest, (twice), and praise be to Him 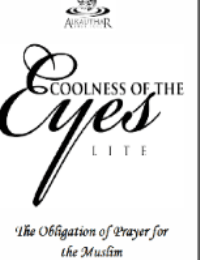 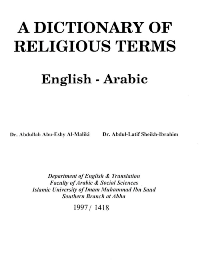 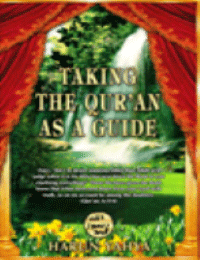 Slanders On Muslims In History 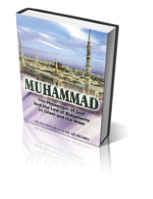 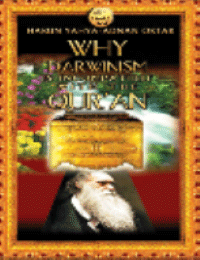 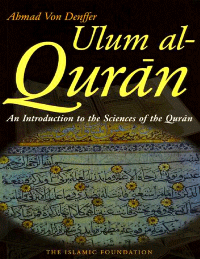