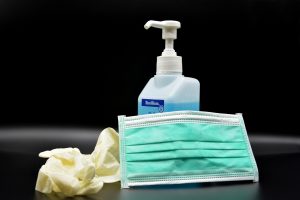 People are equal like the teeth of a comb.

Bioethicists and physicians are concerned regarding the scarcity of medical resources during the Coronavirus (COVID-19) and the rationing due to this which may become necessary in certain hospitals, including the rationing of ventilators and other therapies. What does Islam say about this?

Allah is the creator of all things, including people’s actions, which does not negate the human agency. We believe in His predestined decrees, the good and evil, but evil is not attributed to Him, because what is evil from our perspective was created for a higher wisdom that warranted its existence. Allah does not command evil.

Whenever a human being complies with His commands or does what He has permitted, this act is not evil, from the perspective of the universal decrees (Divine Master Plan) or religious commands, so it is not evil in any sense.

The stronger position is that acts are essentially described as good or evil (or beautiful and ugly), and the heavenly messages reveal their value and initiate human liability regarding them. However, these values are situational, not inherent in these actions. For example, the same punishment of an innocent and guilty persons may be described as evil in the first case and good in the second.

People are equal like the teeth of a comb. They all came from Adam. Favoring some over others is, thus, unacceptable without a reason.

What is incumbent is “the procurement of good and its perfection, and the repelling of harm and its minimization; if there is a conflict [of values/interests], then the greater good is procured by forsaking the lesser, and the greater harm is repelled by tolerating the lesser,” as stated by Ibn Taymiyyah.

This concept is established in the Shariah, and can be easily gleaned from the inductive reading of the writings of imams like al-Ghazali, al-Izz, Ibn Taymiyyah, Ibn al-Qayyim, al-Shatibi, and others.

Having established the above, it seems to the RFC that the following recommendations are consistent with the principles of Shariah:

Allah says, “And We have certainly honored the children of Adam.” (Al-Israa 17:70) Human beings have the same intrinsic value. In the case of scarcity of medical resources and inability to save all people, it is not permissible to favor some individuals receiving scarce resources over others except when there is a justifiable cause that warrants such prioritization.

A rare exception to this is illustrated in the case of a person on death row for he/she does not have the same entitlement to scarce medical resourses as another individual, so others may be favored over this person. This is because of the principle that states, “it is inappropriate to equate between those who are different, the same way it is inappropriate to differentiate between those who are equal.”

What is to be considered in prioritizing some over others is the degree of need; so the one in greater need should be prioritized, and if they have the same need (i.e., requiring the intervention for survival), the one with a greater likelihood of recovery, based on evidence-based clinical decision tools, should be given precedence. If such likelihood is equal, then those with the longer life expectancy should be given precedence. This is all consistent with the principle of “procuring the greater good by forsaking the lesser.”

When applicable, service should be provided on a first come, first served basis, because Prophet Muhammad (peace be upon him) said, “Whoever beats others to a public benefit, he/she is more deserving of it.” This is true except when it may lead to stampedes or violence, or give unfair advantage to those capable of arriving early at a healthcare facility; in such conditions, the authorities may assign precedence via a lottery system.

If all previous considerations do not give precedence to some over the others, resorting to lottery is a principle that is endorsed by the Shariah. Allah told us in the Quran of the story of Jonah and how they drew lots to determine the one to be thrown overboard from the ship. And the Messenger of Allah said, “Were people to know the blessing of pronouncing adhan and standing in the first row, they would even draw lots to secure these privileges.”

It is permissible for some people to decline placement on the ventilator, if its benefit is questionable, since seeking treatment is not mandatory in any of the four madhahib, and the Shafi`i and Hanbali scholars who deemed it obligatory were addressing specific cases.

In our times, with the progress of medicine, and in compliance with the principle of “no harm,” it is reasonable to say that seeking treatment is obligatory only when the medicine is effective and relatively safe and the disease is fatal or may lead to the loss of limbs, organs, body functions, or chronic illness and incapacity.

When there is no scarcity, life support should not be removed by the medical team unless it becomes clinically futile and the resumption of a stable life is not expected. The patient and/or their guardian may choose to end life support if the probable harms of treatment outweigh improbable benefits or the resumption of a stable dignified life is not expected. 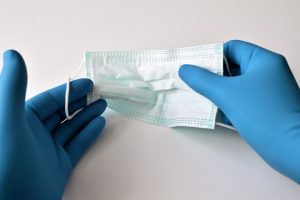 In the case of scarcity of medical resources, the ventilator should not be removed from some people for the benefit of others without proper justification, because the principle here is that “harm should not be eliminated by similar harm.” It is established that a starving person may not eat the food of another starving person. Reasonable justifications include cases where it has been tried on the first and proved futile, or it is deemed more likely to benefit the second patient who is in immediate need of the ventilator. This is because the principle of “giving precedence to repelling harm over procuring good” is contingent upon the equality of the harm and good. If they are unequal, then it is as Taj al-Deen al-Subki stated, “The repelling of harm takes presence over the procurement of good; however, there are exceptions in cases where the good is greater and the harm is lesser: then (in such cases), the procurement of good takes precedence.”

It is permissible for some people to favor others over themselves with that which is not necessary for their own survival. If their intentions are good, there could be great reward for them.

In our heritage, there are countless examples of this altruism. As for that which is necessary for one’s survival, there is disagreement among the scholars. The matter should be left to people’s inclinations and the mutual bonds between them. It is not reasonable to fault a parent, for instance, for favoring their child with that which is necessary for their own survival, let alone deeming it impermissible.

In the case of scarcity of medical resources, it is permissible for Muslim healthcare workers to avail themselves of the religious concessions. For example, they may trim their beards or even shave them if they truly needed that to fit the protective masks, when the types that don’t require that are unavailable. They may also combine the prayers, or even make dry ablution (tayammum) instead of wudu, in case there is a real need for that to save the personal protective equipment PPE. 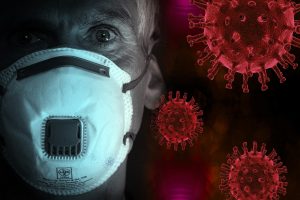 sions to those who may practice outside the scope of their specialty, or those who had retired, or those who are about to finish their medical schooling. This is based on the principle that “hardship warrants concessions.”

Finally, these recommendations are based on our understanding of the foundations of the religion and the principles of its laws. It is the duty of the healthcare workers to comply with the directives of the relevant authorities and the protocols of their institutions with respect to these issues.

In North America, there do not seem to be major conflicts between the prevalent ethics in these respects and any matter that is foundational in Islam. This is largely due to the common font of Divine wisdom that penetrates both ethical systems, and the gift of discernment that God has bestowed on humankind.

However, if Muslim clinicians perceive irreconcilable differences between hospital policies and their own moral duties, or religious conflict with withdrawing or withholding life support, they can resort to claims of conscience that are part and parcel of the legal and healthcare infrastructure in the United States and elsewhere. As the Prophet said, “Leave that which troubles the heart (and turn) towards that which brings it solace.”

We would like to express our profound gratefulness for the extraordinary, selfless efforts of all healthcare workers, everywhere. We ask Allah for safety and wellness for all people, and we ask Him to enable the healthcare workers to perform the noble job He has chosen them for, and to grant them wisdom and prudence.

May the blessings of Allah be on His last Messenger, and all praise belongs to the Lord of the Worlds.