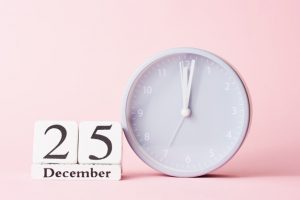 When was Jesus really born? Was he really born on the 25th of December?

History tells us that there was someone else who is believed to have been born on the 25th of December.

But, who was this one?

But, who is Mithras?

Mithras was a god of the ancient Romans.

Oh, Jesus and Mithras are both believed to have been born on the 25th of December and to be Sons of God Who allegedly sent them to save people. Is there a link?

Maybe, but how come?

Romans worshipped Mithras about five hundred years before Jesus existed. Christmas is celebrated now on the 25th of December by Christians rather than Romans.

Are many Christians now not originally Romans? Was Constantine not the first Roman emperor to convert to Christianity?

Was Constantine the link between the old Roman beliefs and the later Christian beliefs?

What Does History Tell?

History tells us that in about 325 he called the First Council of Nicaea, to which he invited many bishops of the time. The then mainstream Christian belief was Unitarian.

The majority of the bishops believed that there is only one god and Jesus was the Son of God.

However, there were minority bishops who believed that Jesus was the Son of God. Being a shrewd politician, Constantine sided with the minority against the majority of the Christian bishops.

The latter were forced to believe in the Nicene Creed. Those who refused to adopt this creed were excommunicated and exiled though they were more versed in the original teachings of Jesus.

The Stance of Constantine

But, why did Constantine choose to take the side of the minority?

He thought that this Christian doctrine, albeit false, would be better received by the Romans who had professed pagan beliefs.

This is the story of Christmas celebration which is the same story as Mithras’ birth celebration.

Watch this short video to find out the truth about Jesus.