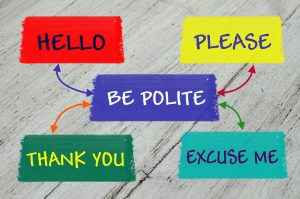 The first step for everyone who wants to make better of himself, his attitude and morals is to care for his inner self and beliefs.

No one denies that the noble characters and high morals are on the peak. A person may be a brilliant scientist, an experienced leader, or a close relative but his bad characters stand as impassable barrier between him and others.

Ill-treatment of people and harshness towards them are enough to spoil the greatest achievements and lead people away from such a person who does so.

Therefore, Almighty Allah commanded the Prophet Muhammad to be kind and show leniency to his people in order not to desert him and his beliefs. God says,

So by mercy from Allah , [O Muhammad], you were lenient with them. And if you had been rude [in speech] and harsh in heart, they would have disbanded from about you. So pardon them and ask forgiveness for them and consult them in the matter. (Aal `Imran 3:159)

Despite that what the Prophet (peace be upon him) preached is the ever best thing for people, i.e. being taking them away from the destruction of this life and the hereafter, this does not avail against adopting the highest ethics.

They are a smooth bridge to reach the hearts of people directly and swiftly. Not only the preachers of religions, the social reformers or the political leaders who have to acquire people’s pleasure, are asked to show kindness and modesty towards them, but also, as in Islam, everyone is asked to do so.

One of the most important aspects of a Muslim’s life is to have high moral standards. Since the beginning of Islam, Prophet Muhammad (peace be upon him) was mainly concerned with teaching and disciplining Muslims to have the best manners and personal characteristics.

His personal life and behavior were reflective of his teachings, which were revealed to him by Allah. The question now is ‘how could one obtain the best manners?’

In the following lines, we will try to find out the first step in that way; the way to enjoy high morals.

In fact, the noble manners are indicatives and necessary results of the inner feelings and convictions. The inner self, the inward thoughts and innermost feelings have to be subjected to the means of perfectness to reflect in outer discipline.

The first step for everyone who wants to make better of himself, his attitude and morals is to care for his inner self and beliefs. There is an Arab saying that reads, “Every vessel exudes what it contains.”

Sincerity and purity of the soul and heart are the kitchen of good characters. For this reason, Islam paid great attention to the soundness and purity of the heart and stated that it is a means of salvation in the last Day. He says,

And do not disgrace me on the Day they are [all] resurrected. The Day when there will not benefit [anyone] wealth or children. But only one who comes to Allah with a sound heart. (Ash-Shu`araa’ 26:87-89)

This hadith reveals the inevitable relationship between man’s attitudes and the heart. Truthfulness, modesty, openhandedness, mercifulness, kindness, sincerity, etc. can only be shown by those who possess a sound and pure heart. However, malice, hatred, proudness, hypocrisy, etc. are the results of damaged and ill soul and heart.

Allah described those who cause troubles and sow dissension and division among the community as having an aberrant heart and evil inclinations. He says,

As for those in whose hearts is deviation [from truth], they will follow that of it which is unspecific, seeking dissention… (Aal `Imran 3:7)

Also, Allah indicates that the characters of love and altruism towards others for the sake of Allah alone are signs of pure and sound heart. He says,

And [also for] those who were settled in Al-Madinah and [adopted] the faith before them. They love those who emigrated to them and find not any want in their breasts of what the emigrants were given but give [them] preference over themselves, even though they are in privation. And whoever is protected from the stinginess of his soul – it is those who will be the successful. (Al-Hashr 59:9)

Moreover, God clarifies that those who indulge in bad disputes are exactly of unsound hearts in which they conceal pride. He says,

Indeed, those who dispute concerning the signs of Allah without [any] authority having come to them – there is not within their breasts except pride, [the extent of] which they cannot reach. So seek refuge in Allah . Indeed, it is He who is the Hearing, the Seeing. (Ghafir 40:56)

However, it was narrated that Abdullah ibn Amr said: “It was said to the Messenger of Allah (peace be upon him): ‘Which of the people is best?’ He said: ‘Everyone who is pure of heart and sincere in speech.’ They said: ‘Sincere in speech, we know what this is, but what is pure of heart?’ He said: ‘It is (the heart) that is pious and pure, with no sin, injustice, rancor or envy in it.’” (Ibn Majah) Purity and soundness of the heart are the premier way to beautify and perfect one’s manners.

How to purify and rectify one’s heart and soul, this is what we will try to touch on in another article, God willing.