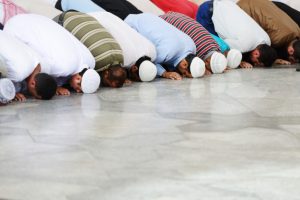 The superiority of Prophet Muhammad extends above all people, including all known and unknown Prophets.

Although he was the last of the Messengers and Prophets to come, Prophet Muhammad received the honor of being the best of them (peace be upon them all).

He has been singled out with exceptional superiority over other Prophets owing to the incomparable efforts he has done and the considerable harms he has endured in spreading the message of God.

Abu Hurairah (may Allah be pleased with him) narrated, “The Messenger of Allah (peace be upon him) said: ‘I will be the leader of the sons of Adam on the Day of Resurrection, and the first one for whom the grave will be opened, and the first to intercede, and the first whose intercession will be accepted.’” (Muslim)

However, the preference of Prophet Muhammad upon others does not involve any disparagement to others, because they all have been given the excellence of Prophethood.

Features of Muhammad’s superiority over other Prophets

Numerous are the texts of the Quran and Sunnah that accentuate the preference of Prophet Muhammad (peace be upon him) upon all other Prophets.

The most well-known hadith in this regard is the hadith of Abu Hurairah who reported that the Messenger of Allah (peace be upon him) said: “I have been given superiority over the other Prophets in six respects: I have been given words which are concise but comprehensive in meaning; I have been supported by terror (in the hearts of enemies): spoils have been made lawful to me: the earth has been made for me clean and a place of worship; I have been sent to all mankind and the line of prophets is closed with me.” (Muslim)

Below are some of the manifestations of his superiority in some detail:

The Prophet Muhammad (peace be upon him) will attain the exalted position of praise and glory on the Day of Resurrection. Almighty Allah says,

And from [part of] the night, pray with it as additional [worship] for you; it is expected that your Lord will resurrect you to a praised station. (Al-Israa’ 17:79)

This position is implied in his accepted intercession on the Day of Resurrection as he will intercede for the believers that God forgives them and allow them to enter Paradise. On this day of reckoning, people will go to the Prophets and each one will excuse himself from interceding for people, but the Prophet Muhammad (peace be upon him) undertakes this mission.

“The Prophet (peace be upon him) said, I shall be the leader of mankind on the Day of Resurrection. Do you know why? Allah would gather in one plain the earlier and the later (of the human race) on the Day of Resurrection. Then the voice of the proclaimer would be heard by all of them and the eyesight would penetrate through all of them and the sun would come near. People would then experience a degree of anguish, anxiety and agony which they shall not be able to bear and they shall not be able to stand. Some people would say to the others: Don’t you see in which trouble you are? Don’t you see what (misfortune) has overtaken you? Why don’t you find one who should intercede for you with your Lord? Some would say to the others: Go to Adam. And they would go to Adam…” (People would go to all Prophets, who will all excuse from intercession, until they reach the Prophet Muhammad asking him for intercession.) “I (Prophet Muhammad) shall then set off and come below the Throne and fall down prostrate before my Lord; then Allah would reveal to me and inspire me with some of His Praises and Glorifications which He had not revealed to anyone before me. He would then say: Muhammad, raise your head; ask and it would be granted; intercede and intercession would be accepted I would then raise my head and say: O my Lord, my people, my people. It would be said: “O Muhammad, bring in by the right gate of Paradise those of your people who would have no account to render.” They would share with the people some other door besides this door. The Prophet then said: “By Him in Whose Hand is the life of Muhammad, verily the distance between two door leaves of the Paradise is as great as between Mecca and Hajar, or as between Mecca and Busra.” (Al-Bukhari and Muslim)

Messenger to All Mankind

It was a norm of God that He sends a Prophet to a specific community with a particular message. The message of Prophet Muhammad was a universal one as certified by the Quran and authentic reports from the Prophet Muhammad (peace be upon him). Almighty God says,

Blessed be He Who sent down the criterion (of right and wrong, i.e. this Quran) to His slave (Muhammad SAW) that he may be a warner to the ‘Alamin (mankind and Jinns). (Al-Furqan 25:1)

And We have not sent you except comprehensively to mankind as a bringer of good tidings and a warner. But most of the people do not know. (Saba’ 34:28)

“I heard the Messenger of Allah (peace be upon him) say: ‘This matter (i.e., Islam) will certainly reach everywhere that night and day reach, and Allah will not leave any house or tent [i.e., all dwellings, in towns and in the desert], but Allah will cause this religion to enter it, and some people will be honored because of it [by converting] and others will be humiliated because of it [for refusing to embrace it], and they will be ruled by the Muslims, an honor which Allah will bestow on Islam and a humiliation which He will inflict on kufr (disbelief).” (Ahmad)

The Seal of Prophets

The Qur’an and Sunnah prove that the Prophet Muhammad has been chosen to be the seal of Prophets and Messengers of God (peace be upon them all). Almighty Allah says,

Muhammad is not the father of [any] one of your men, but [he is] the Messenger of Allah and last of the prophets. And ever is Allah , of all things, Knowing. (Al-Ahzab 33:40)

Abu Hurairah (may Allah be pleased with him) narrated that Allah’s Messenger (peace be upon him) said, “My similitude in comparison with the other prophets before me, is that of a man who has built a house nicely and beautifully, except for a place of one brick in a corner. The people go about it and wonder at its beauty, but say: ‘Would that this brick be put in its place!’ So I am that brick, and I am the last of the Prophets.” (Al-Bukhari)

One aspect of superiority given to the Prophet Muhammad is his absolute eloquence. His words remained a matchless example for poets, posers, writers and philosophers through their unimaginable expressiveness and comprehensiveness in spite of their simplicity and clarity.

In the Battle of Badr, God says,

(Remember) when your Lord inspired the angels, “Verily, I am with you, so keep firm those who have believed. I will cast terror into the hearts of those who have disbelieved, so strike them over the necks, and smite over all their fingers and toes.” (Al-Anfal 8:12)

In the Battle of Uhud, Allah says,

We shall cast terror into the hearts of those who disbelieve, because they joined others in worship with Allah.. (Aal `Imran 3:151)

In the Battle of Banu An-Nadir, Allah says,

He it is Who drove out the disbelievers among the people of the Scripture (i.e. the Jews of the tribe of Bani An-Nadir) from their homes at the first gathering. You did not think that they would get out. And they thought that their fortresses would defend them from Allah! But Allah’s (Torment) reached them from a place whereof they expected it not, and He cast terror into their hearts, so that they destroyed their own dwellings with their own hands and the hands of the believers. Then take admonition, O you with eyes (to see). (Al-Hashr 59:2)

In the Battle of Banu Qurayzhah, Allah says,

Almighty Allah has made permissible for Muhammad and his community to use the earth as a means of purification in case of the lack of water, a characteristic with which the Muslim nation is distinguished from other nation. Almighty Allah says,

But if you are ill or on a journey or any of you comes from answering the call of nature, or you have been in contact with women (i.e. sexual intercourse) and you find no water, then perform Tayammum with clean earth and rub therewith your faces and hands. Allah does not want to place you in difficulty, but He wants to purify you, and to complete His Favour on you that you may be thankful. (Al-Ma’idah 5:6)

Moreover, the whole places on the earth are suitable for performing prayer and acts of worship upon them provided that they are clean of filths, whereas other nations have their specific places of worship, such as churches and synagogues. Yet, a Muslim can offer prayer even inside churches themselves.

Have You Heard about the Prophet’s Married Love Legacy?

Health and Free Time in the Eyes of the Prophet Muhammad