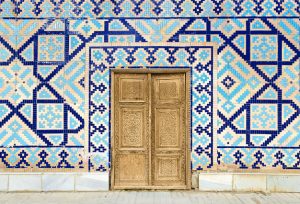 Faith addresses the soul, reason and feelings without separation or incompatibility.

The Islamic approach of faith is completely different from other doctrinal approaches, such as Judaism, Christianity or Buddhism.

The concept of faith in Islam consists of interrelated notions that involve both worlds, the seen and the unseen. It inspires facts of Lordship, Godhood, servitude, and following.

It addresses the soul, reason and feelings without separation or incompatibility.

It is so inclusive that it involves thoughts and actions without exception. It will not admit you into Paradise to solely believe in God without translating this into action.

What Is Sound Faith?

Rather, to have sound belief is to have faith in Allah as a God and Lawgiver while joining this faith with actions. The proofs of these facts are numerous:

The believers are only those who, when Allah is mentioned, their hearts become fearful, and when His verses are recited to them, it increases them in faith; and upon their Lord they rely. The ones who establish prayer, and from what We have provided them, they spend. Those are the believers, truly. For them are degrees [of high position] with their Lord and forgiveness and noble provision. (Al-Anfal 8:2-4)

The believers are only those who believe in Allah and His Messenger and, when they are [meeting] with him for a matter of common interest, do not depart until they have asked his permission. Indeed, those who ask your permission, [O Muhammad] – those are the ones who believe in Allah and His Messenger. So when they ask your permission for something of their affairs, then give permission to whom you will among them and ask forgiveness for them of Allah . Indeed, Allah is Forgiving and Merciful. (An-Nur 24:62)

Faith in the Sunnah

“I used to sit with Ibn Abbas and he made me sit on his sitting place. He requested me to stay with him in order that he might give me a share from his property.

So I stayed with him for two months. Once he told (me) that when the delegation of the tribe of `Abdul Qays came to the Prophet, the Prophet (peace be upon him) asked them, “Who are the people (i.e. you)? (Or) who are the delegate?” They replied, “We are from the tribe of Rabi`a.”

Then the Prophet (peace be upon him) said to them, “Welcome! O people (or O delegation of `Abdul Qais)! Neither will you have disgrace nor will you regret.”

They said, “O Allah’s Messenger! We cannot come to you except in the sacred month and there is the infidel tribe of Mudar intervening between you and us. So please order us to do something good (religious deeds) so that we may inform our people whom we have left behind (at home), and that we may enter Paradise (by acting on them).”

Thereupon, the Prophet (peace be upon him) said, “It means to testify that none has the right to be worshipped but Allah and Muhammad is Allah’s Messenger, to offer prayers perfectly, to pay the Zakat (obligatory charity), to observe fast during the month of Ramadan and and to pay Al-Khumus (one fifth of the booty to be given in Allah’s Cause).”

Then he forbade them four things, namely, Hantam, Dubba,’ Naqir Ann Muzaffat or Muqaiyar; (These were the names of pots in which Alcoholic drinks were prepared) (The Prophet (peace be upon him) mentioned the container of wine and he meant the wine itself). The Prophet (peace be upon him) further said (to them): “Memorize them (these instructions) and convey them to the people whom you have left behind.” (Al-Bukhari)

Enjoy watching this video by Sheikh Bilal Philips as he elaborates on the concept of faith and its connection with actions and behavior and answers the question: Is belief enough?