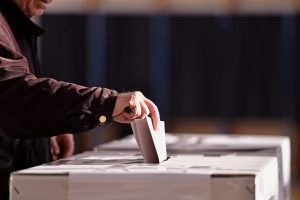 In Democracy, laws are made and individuals are elected based upon the majority opinion in the vote.

The word “democracy” is widely used to refer to just systems of rule in which the leaders are elected and laws are made by the public through votes and elections. These days many societies (including Muslims) desire to have a democratic style government.

Linguistically, democracy means a code of rule where the free will of the majority rules without neglecting the right of the minority. And whatever the people agree upon is regarded as good, just, and accepted.

Democracy can be achieved through elections held either directly through the people or a specific vote among the parliament, committee or congress. The latter of which is in reality a republican system.

In Democracy, laws are made and individuals are elected based upon the majority opinion in the vote.

However, some contemporary regimes deviated from (or never really applied) the true meaning of democracy stated above. Thus, democracy due to this misuse can become a meaningless concept.

In many cases it is just a mold which societies are built in, yet the essence and heart of the government is not consistent with that mold.

In many of these so called democratic systems the only people who could possibly take major offices are the elite rich class and many times the major policies of these governments don’t represent 30% of the peoples will and injustices have become widespread.

Consequently, many are turning their attention to this sad reality and are in search of a solution.

As mentioned above, democracy is regarded as the most desirable model for a free society. It is the motto that is sought by many. Since Islamic Law is firmly grounded in justice and meant for the well-being of society, many Muslims believe that Islam must encourage and approve democracy.

The keen observer of our daily life can easily recognize the deteriorated state of democracy now.

Under the slogan of democracy, a powerful few are only advancing their own corrupt goals which often harm many of their own citizens as well as other nations.

It is also a reality that the Muslims’ leadership is also deteriorated and corrupt. The fact is that the Muslim lands would be much better off if they were run by a modern application of Islamic Law and its principles taken from the Quran and Sunnah by jurists of the four schools of thought.

Surprising to many, it was the early Islamic state which allowed freedom of speech and leaders were chosen by consulting the masses. These are a couple core democratic principles found in the generation referred to by Muslim scholars as “The rightly guided generation”. The current problems found in Muslim societies today largely stem from a lack of the application of these two Islamic/democratic principles of government.

The dividing line comes in one main issue. The principle that man may make his own laws in opposition to the Law of God. It is worthy to mention that people’s opinions aren’t correct all the time.

Human Beings are known for their many mistakes and following their desires even if it corrupts others or the society as a whole. This problem also lies in the constant change of accepted norms.

For example, just fifty years ago it was known that when an American women would be disgusted upon seeing an Indian woman wearing her garb which reveals her belly button.

Today if you go to any high school or college campus this is normal accepted dress in America. Almighty God illustrates this point:

And if you obey most people, they will mislead you from the way of God, they follow not except conjecture, and many times they are following outright falsehood. (Quran 6:116)

God also says in the Quran:

Say: Evil and good are not equal, although the abundance of evil might allure you. So be conscious of God, O you of knowledge and understanding, that you may be successful.(Quran 5: 100)

However in Islam, the issue of majority and consensus are not on the same foot. The consensus of the whole of Muslim Scholars becomes a correct decision. It is the Prophet Muhammad (peace be upon him) who said:

“There is no consensus among my followers on a false matter.”

And he also said:

“Whatever the Muslims (collectively) agree to be a good thing, it is good in the sight of God”. (Al-Bukhari)

According to democracy, it is the people who are the only source of legislation. Now let us take a look at how The All-Knowing and All-Wise summarizes from where we should derive our laws. He says:

“The decision and rule are for God alone. He relates the truth, and he is the best of those who decide.” (Quran 6:57)

It is God Almighty who said:

O you who have believe, obey God and obey the Messenger and those in authority among you. And if you disagree over anything refer the matter to God and the Messenger, if you should believe in God and the Last Day. That is the best (way) and best in result. (Quran 4:59)

We observe that the Almighty blamed the hypocrites because they refused to follow His orders:

And when it is said to them: come to what God has revealed and to the messenger, you see the hypocrites turning away from you in aversion. (Quran 4: 61)

Out of His mercy, God has provided man with a comprehensive system of life in Islam which covers government, religion, economics, education, science, politics, and everything else.

Islam’s constitution and laws are contained in the two main sources; the Quran and the Sunnah of the Prophet, the authenticated sayings and actions of Muhammad (peace be upon him) regarding the guidance of mankind.

Of course, man will always come up short in producing his own constitution. However, we are free to make decisions concerning most worldly issues related to the ordinary daily life, but that falls under very clear guidelines.

These guidelines are based on the text. If the text is decisive in transmission and in the meaning of the text, then to rule otherwise would take one out of the fold of Islam. If the text can be interpreted more than one way then it is up to the scholars to decide the meaning that is easiest and most suitable for the society. There are some issues which don’t have a clear text. In these cases it is up to the scholars to make analogy or to make a rule according to the principles and objectives of Islamic Law which are derived from the texts.

Before going into this subject, one should know that these days there isn’t one Islamic goverment fully run according to the rules of [Caliphate]. This Caliphate was recently dissolved in 1924 when Kammal Attaturk the Caliph located in Istanbul, Turkey became a secular Turkish nationalist.

Today, it is true that only a few Muslim nations apply some of the Islamic Law, some more than others. It is also true that some lands have seen Islamic revolutions calling for Islamic Law. This being said, the world has not seen the correct application of Islamic law for two reasons; either the Muslims were mistaken in applying it or the media distorted the truth of it when applied correctly.

In closing this introduction, we would like to quote a famous saying that a few renowned Muslim scholars have said upon returning from a visit to the West. “I went to the west and saw Islam and few Muslims, then I returned and saw Muslims with very little Islam.” They are referring to the general organization and order, systems of government, education, social services, freedom of speech and the application of justice and human rights. 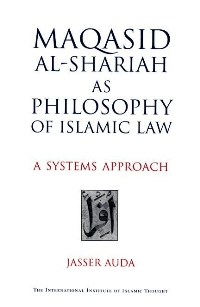 Maqasid al-Shariah as Philosophy of Islamic Law: A Systems Approach 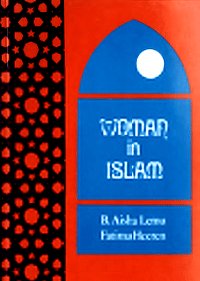 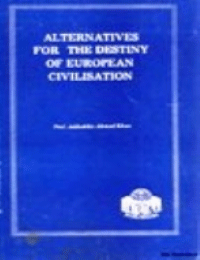 ALTERNATIVES FOR THE DESTINY OF EUROPEAN CIVILISATION 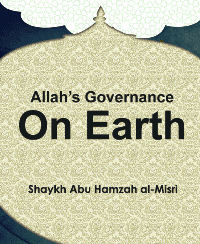 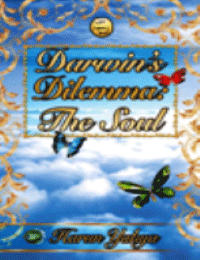 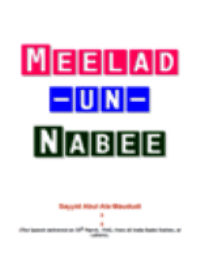