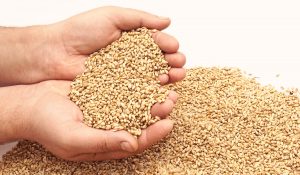 It is a specific share paid out of the properties if they reach nisab (the least amount for giving Zakah).

Zakah is an individual obligation and one of the basic acts of worship that must be offered according to fixed periods stated by the Islamic Shari`ah.

The excellence of Zakah is manifested in its gathering between the worldly and spiritual aspects on an obligatory, not optional, standard.

It is a shared right of God the Almighty and the beneficiaries whom the Qur’an precisely determined. Allah (Glory be to Him) says:

Zakah expenditures are only for the poor and for the needy and for those employed to collect [Zakah] and for bringing hearts together [for Islam] and for freeing captives [or slaves] and for those in debt and for the cause of Allah and for the [stranded] traveler – an obligation [imposed] by Allah . And Allah is Knowing and Wise. (At-Tawbah 9:60)

Zakah is one of the features of the Islamic social solidarity that reflect the keenness of Islam on preserving the balance of the community through purposeful obligations that sow kindness, cordiality, altruism, cooperation and mutual love among people.

Also, it combats selfishness, niggardliness, hatred, carelessness, destitution and sufferings of the poor and the needy.

No one can deny that sexual harassment, rape, robbery, embezzlement, bribe, cheating, etc., are nothing but a produce of the lack of social cooperation, stinginess of the rich, and the absence of justice that stricken our life, and uncovered and vitalized the evil drives within people.

The goals of Zakah are confronting these diseases and providing safe alternatives for fulfilling the needs of the helpless as well as fulfilling the social services through a balanced ritual and obtainable obligation.

Today, the Muslim countries abound with a plenty of tycoons who top the world lists of billionaire: what does one expect if those affluent ones give their due Zakah? Is not it enough to eradicate the regional troubles that Muslims are experiencing for a long time? Does not it suffice as a solution for the problem of the Muslim refugees who knock the doors of Europe seeking a safe place to live? Not only the refugees, but also those who pass away because of poverty and disease, will be satisfied.

Therefore, the Prophet (peace be upon him) warned of the gravest outcomes of withholding the rights of the poor in one’s possession (i.e. Zakah) and threatened its withholders with severe punishment.

The Qur’an pictures Zakah in a very intimate way while it lists the characteristics of the dwellers of paradise. God says,

Except the observers of prayer. Those who are constant in their prayer.  And those within whose wealth is a known right.  For the petitioner and the deprived.” (Al-Ma`arij 70:23-25)

According to the verse, the obligation of Zakah is not meant to overburden the rich ones or to seize their properties in favor of others. Rather, it is a merciful duty that is carried out for alleviating the sufferings of other Muslims who experience bad conditions. This generous contribution is surely reciprocal, who is sure that he or she will remain rich on the long run? All of us are liable to these distressful conditions; if you give today, you may be the receiver the other day or that Allah blesses and protects you and your belongings.

Moreover, Zakah is an explanation of the bond of brotherhood that Islam builds between its followers. This bond is bound by social rights and duties that secure the continuation of the Muslim community and strengthen its unity and integration. One should bear this fact in mind, namely that Islam legislated Zakah for the benefit of the community not for religious aspirations.

Zakah is not to be given to the clerks and or the Imams of the mosques but it is a right of the poor and the needy.

The fortunate ones are those who pay out their Zakah at its due times. They enjoy the boundless bless and pleasure of God whose most repeated Attributes are the All-Gracious and the All-Merciful. Almighty Allah says,

The ones who establish prayer, and from what We have provided them, they spend (i.e. give Zakah).  Those are the believers, truly. For them are degrees [of high position] with their Lord and forgiveness and noble provision. (Al-Anfal 8:3-4)

The most prudent ones among the believers are those who make business with God. They spend from their money for His sake and feel no avarice in their hearts about what they give out. The Qur’an says,

Allah destroys interest and gives increase for charities. And Allah does not like every sinning disbeliever. (Al-Baqarah 2:276)

Abu Kabshah `Amr ibn Sa`d (may Allah be pleased with him) reported: “The Messenger of Allah (peace be upon him) said, “I swear by Allah for three (qualities) which I am going to tell you about. Remember them well: The wealth of a man will not diminish by charity. Allah augments the honor of a man who endures oppression patiently. He who opens a gate of begging, Allah opens a gate of poverty (or he said a word similar to it).”(At-Tirmidhi)

In fact, this is the hopeful reward of Allah for paying out His share and right in the properties. He (Glory be to Him) blesses and protects the possessions of the giver, and spreads the love of him among people. 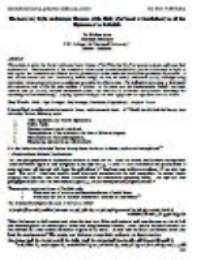 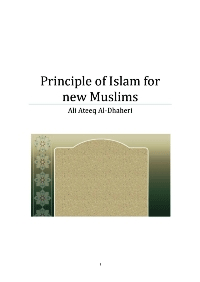 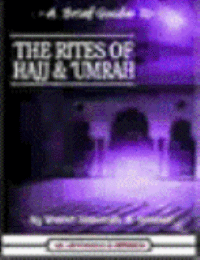 A Brief Guide to the Rites of Hajj and Umrah 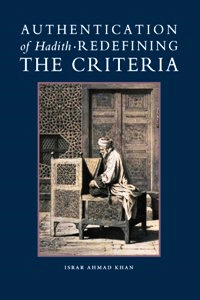 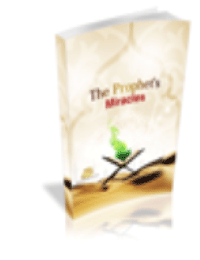 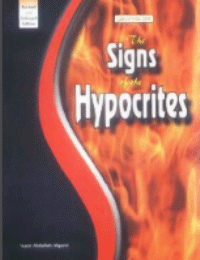 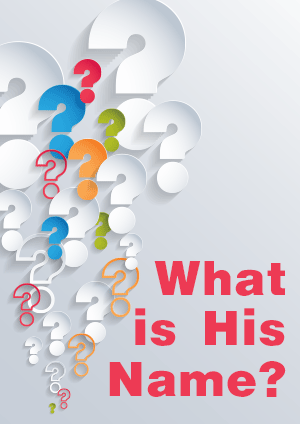 What is His Name?