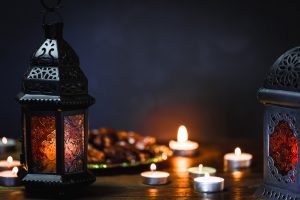 The month of fasting in Islam is a month of worship.

Islam has taken the lead in reforming the institution of fasting.

This was a radical reform in the meaning, rules and purpose of the fast.

It made the fast easy, natural and effective. The following are some of the points in this regard:

1. Fasting was a symbol of sadness, mourning, atonement for the sins, a reminder of disasters as well as self-mortification in Judaism and Christianity. Islam radicalized this doom and gloom concept of fasting, into an enlightened concept of triumph over the forces of evil.

The month of fasting in Islam is a month of worship that Muslims welcome each year with energy and happiness, and are saddened only when the month departs. This is contrary to the atmosphere of mourning. Fasting is for the living.

2. Fasting is not self-denial and punishment of the body and soul, a belief that was wide-spread among the medieval European ascetics. Indeed, there is not such a thing in Islam, nor in the Quran or the Sunnah.

The laws that govern the institution are not extremely unbearable, the restrictions are not enforced 24 hours every day. The tradition of sahur is a perfect example.

The fasting person is allowed to delay and eat sahur until he or she is certain that there are just a few minutes before the Fajr (Dawn) Prayer.

Similarly, when it is time to break the fast, the rule is to break as soon as the sun sets, with no delay. Besides, sleeping and resting during the day are all allowed.

Working is not stopped and businesses are not closed down for the fast. In Judaism, working during the period of fast is prohibited. Allah (Glory be to Him) said:

Allah intends every facility for you. He does not want to put you to difficulties. (Al-Baqarah 2:185)

3. Fasting was for special classes of people in the previous religions. For the Brahmin class in the Hindu religion, fasting is mandatory only for the high priests. In the some Latin religions, it is only women who must fast and there are no exceptions.

4. In Judaism, the fasting person eats only after the break and there is no more food. The Arabs, before Islam, would not eat after sleeping. Islam, on the other hand, threw away all these human imposed restrictions. Allah said:

And eat and drink, until the white thread of dawn appears to you distinct from its black thread. (Al-Baqarah 2:187)

The person who makes an unintentional mistake in fasting is not punished, and the one who forgets and eats is forgiven in Islam.

5. Fasting in some other religions is based on a solar calendar, like the Gregorian calendar. This demands vast knowledge of calculation and astronomy in the making of a calendar. Besides, the months are fixed in a specific season, they do not rotate or change.

Fasting in Islam is based on the lunar calendar and is tied to the sightings of hilal, the crescent, or new moon. Allah, the Almighty, states:

They ask you concerning the new moons. Say: They are but signs to mark fixed periods of time. (Al-Baqarah 2:189)

There is another interesting reason; fruits, vegetables for using the lunar calendar and some food items come in certain seasons. Fasting based on the lunar system means we may miss certain fruits in certain seasons, but by the end of the circle a Muslim would have tasted and tried different fruits during Ramadan, whereas fasting based on the Gregorian calendar would have prohibited some fruits during Ramadan, forever.

The subject of fasting in Christianity is very difficult to discuss, simply because Christianity as a whole is very short on religious laws. Besides, there is fundamental disagreement among the scholars to whether Jesus (peace be upon him) commanded fasting. Fasting in Christianity seems to have evolved with time and is affected by social, political, and economic factors.

Jesus (peace be upon him) fasted 40 days before starting his mission. It is possible that he fasted on the Day of Atonement, which was an established tradition in Judaism.

By the 4th century, there was no sign of 40 days of fasting in Christianity. There are traditions of fasting which differ greatly according to the country in which Christians live.

The fast in Rome is different from the fast in Alexandria. Some abstain from meat, while others from fish and birds. Some will not eat fruits and eggs; some just fast on white bread. Some will abstain from all the above.

Certain days had been made for fasting in later centuries to commemorate some events, such as the life of Jesus. There was a fast for three days in English law. During the time of Edward VI, James I, and the Elizabethan period, meat was prohibited during the fast, and James justified that saying:

“The fishing industry and maritime commerce must become encouraged and it must be profitable.” (Arkanul Arba`ah by Abul Hasan Nadwi)