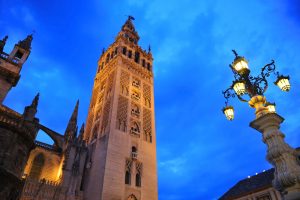 Islam is the religion which brings peace to mankind.

Islam is an Arabic word. It means the act of resignation to God. The root word is SLM, pronounced ‘salm’ which means peace from which comes the word ‘aslama’ which means he submitted, he resigned himself.

According to the Glorious Book revealed to Muhammad (peace and blessings of God be on him), this is the only true religion professed by all Prophets from Adam to Muhammad, the Last Prophet.

A ‘Muslim’ is one who resigns himself to God and thereby professes the faith of al-Islam. A Muslim therefore believes in all the Prophets and makes no distinction between one and the other.

In order to be a true ‘Muslim’ three things are necessary: Faith, Action according to that faith and the realization of one’s relation to God as a result of action and obedience.

Faith which is described in the Quran, the Glorious Book of Islam, as Iman consists in believing that Allah (God) alone is worthy of worship and that Muhammad (peace be on him) is the Messenger of Allah, and in bearing witness to the above statement.

1- True existence is that of Allah alone; Man and the entire creation exist only because Allah wills them to exist.

2- As there cannot be two sources of creation, as Allah alone is the creator, everything comes from Him and goes back to Him; hence the entire creation including Man is the manifestation of Allah’s power and glory and hence of His qualities or attributes.

3- The relation between Man and Allah is that of a servant and the Master. As Man owes his very existence to Allah, to worship anything else is to commit the gravest of sins.

4- The above three aspects of Faith in Allah are realized by Man only when he responds to the Message of Allah and this is possible when Man believes in Muhammad (peace be on him) as the messenger of Allah.

5- As a messenger he is the last and the greatest, about whom all the early messengers have predicted and who thus completes the process of revelation.

6- He is therefore the Perfect Ideal for Mankind, the perfect servant of Allah and hence the most complete and the ideally balanced manifestation of the attributes of Allah.

8- To believe in him is also to believe that the Quran contains all the revelations sent to mankind through him, that these revelations provide guidance to us and that we should worship Allah by following these revelations according to the method prescribed for us by Muhammad (peace be on him) and hence in accordance with his sayings and practice, known as Hadith or Sunnah.

9- To believe in him is also to believe in the carriers of this message, the angels, who are described in the Quran as functionaries.

Action, described in Arabic by the word ‘amal, is the manifestation in actuality how far we are true servants of God. As action needs rules and regulations according to which we organise our individual and social behaviour, the revelations and the actual physical embodiment of these revelations in the action of the Prophet (peace be on him) provide both the basis and the structure of the Law of human conduct, known as Shari`ah.

Besides Iman (faith) which provides the central pillar that sustains the whole structure, the four other pillars in the four corners are: Prayer (salah); Fasting (sawm); Charity (zakah); Pilgrimage (Hajj).

A Muslim has to pray five times a day, before sunrise, between mid-day and afternoon, in the afternoon, immediately after sunset and between the time when the twilight is over and just before dawn.

It means he cannot be forgetful of his dependence of Allah and derives sustenance and new initiatives and strength through this remembrance.

He fasts for one lunar month in a year, every day from dawn till sunset, the month of Ramadan. Physically he does not eat, drink or smoke or have sexual intercourse. Spiritually he abstains from all evil thoughts, actions and sayings.

In other words he tries to realize his true self by striving to realize within himself some aspects of the divine character.

Charity (Zakah) implies that everything that he seems to possess belongs to Allah and therefore anyone in need has a share in it and he should willingly and gladly help individuals and society when they are in need.

As mankind has never been free from some kind of need, an annual amount is prescribed out of one’s income and savings.

Pilgrimage to Makkah implies Man’s temporary suspension of all worldly activities and his realization of himself as a naked soul in front of Allah alone. This also symbolises the unity of the Muslim Ummah and the oneness of Mankind.

All these four are intimately tied up with all other aspects of man’s individual and social behaviour. By following them and thereby living a life of complete dedication to the Will of Allah, a man becomes a true Muslim.

A Muslim is one whose outlook on life is permeated with this consciousness. He is committed to the values of life given by the Quran and the Sunnah. He tries to live according to the guidance given by God and His Prophet and he strives to promote the message of Islam through his word and actions.

This striving is known as Jihad which means a striving and a struggle in the path of God. It consists in exerting one’s self to the utmost in order to personally follow the teachings of Islam and to work for their establishment in society.

Jihad has been described in the Quran and the Sunnah as the natural corollary of these pillars of faith. Commitment to God involves commitment to sacrifice one’s time, energy and wealth to promote the right cause.

It may be necessary at times to give one’s life in order to preserve Truth. Jihad implies readiness to give whatever one has, including his life, for the sake of Allah.

This striving in the path of Allah with Iman (faith) as the guiding light and the scheme of ‘amal (action) as the system and structure has the following implications:

1- Man is accountable to Allah for all that he does. Allah will judge him on the Last Day of Judgement and send him either to Heaven, a stage of existence which leads to further blessings, or to Hell, a stage of suffering and punishment.

2- This implies that Man’s life does not end with his death in this world. He has life after death. 3

3- Therefore, all human action should be organised in such a manner that he may not suffer in life after death.

4- This organization of action in this world implies the organization of all facets of human existence, individual and collective, hence educational, economic, political and social. Shari`ah provides the guidelines, the rules of external conduct.

5- This means Man is free in his will, choice and action.

Realization of man’s relation to Allah is a spiritual aspect known in Arabic as ihsan: which the Prophet Muhammad (peace be on him) explained in the following way:

‘You should worship Allah as if you are seeing Him, for He sees you though you do not see him’ (Al-Bukhari and Muslim).

It means that all action should be performed with Allah in your vision. If that is not possible always you must realize that Allah is seeing you. This realization is regarded as the basis of true devotion.

It signifies that man has identified his will with the Will of God and has brought it, at least as far as he is concerned, completely in tune with the Divine Will.

Consequently, he begins to like what is liked by his Lord and to abhor what is disapproved by Him. Man, then, not only avoids evils which God does not like to be spread on the earth, but uses all his energy to wipe them off the surface of the earth.

Similarly, he is not content merely with adorning himself with the virtues which God likes, but also engages himself in an unceasing struggle to propagate and establish them in the world. Man comes nearest to God by excelling in this process of identification of man’s will with the Divine Will.

This enables him to develop the divine spark within him and to illuminate his entire being with that. The most complete example of the realization is that of the Prophet (peace be on him).

Through constant remembrance of Allah, through Man’s Love of God and the Prophet, through obedience to the commandments of Allah and His Prophet (peace be on him), and through constant struggle to promote good and forbid evil Man may attain nearness to Allah.

Contact with and guidance from those who attain this nearness help the rest of mankind to attain this nearness or to be alive in spirit and hence to perform individual and collective action not mechanically but with whole-hearted devotion and for the sake of Allah alone. This realization is the basis of piety.

This piety is the source of righteousness which is regarded by Islam as the core of just action. Persons who, through Iman, amal and ihsan become living symbols of truth represent the reform movement established by the Prophet (peace be upon him) to reconstruct human life and bring it in accord with Divine Guidance.

Such persons constantly remind the rest of Mankind of the true significance of Man’s submission to the Will of Allah. And a society which realises these values in its collective life would be the ideal society which Islam wants to establish for the ultimate welfare (falah) of Man.

* This introductory statement on the Essentials of Islam has been prepared under the auspices of the Islamic Foundation, England.

** This article is taken from the book of Islam: Its Meaning and Message, edited by Khurshid Ahmad, and published by the Islamic Foundation, third edition, 1999.