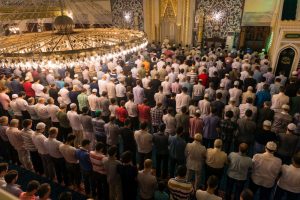 The Ramadan nightly prayer (tarawih) has a special merit over other nights. The Messenger of Allah (peace be upon him) said: “Whoever observes night prayer in Ramadan as an expression of his faith and to seek reward from Allah, his previous sins will be blotted out.” (Muslim).

In this hadith, faith means faith in what Allah has promised the observers of night prayers. To seek reward mean, the observer’s intent is not for eye service or seeking special recognition from someone.

Tarawih is derived from the Arabic root word, raha, which means to rest, relax and use as recreation. It is so called because the believers used to prolong it. After every four rakahs they would stop for rest and relaxation and resume until Tarawih was complete.

The Prophet (peace be upon him) was the first to establish the Sunnah of congregational prayer of Tarawih in the mosque. Then, he did not continue with the Sunnah for fear that it might be made mandatory on the Ummah in Ramadan, and they might not be able to do it.

In Al-Bukhari and Muslim, the Prophet’s wife, Aishah (may Allah be pleased with her), has been reported as saying:

“The Messenger (peace be upon him) of Allah observed Tarawih prayer in the mosque one night and people prayed with him. He repeated the following night and the number of participants grew. The companions congregated the third and fourth night, but the Messenger did not show up. In the morning he told them, “I saw what you did last night, but nothing prevented me from joining you except my fear that it might be made mandatory on you in Ramadan.”

This hadith is a clear indication that the Tarawih in congregation was not an innovation of Umar, the second Khalifah. For it has been related that: “Umar Ibn Al-Khattab attended the mosque at night in Ramadan and saw people praying individually in every corner of the mosque with a few in groups. He did not like the sight a bit. ‘Umar said, “I thought it would be better to gather these under one Imam.’ So, he combined them under ‘Obayi bin Kab and Tamimu Ad-Dari to alternate and lead the believers in eleven rakahs of night prayer. The next day Umar was in the mosque which was full with people offering Tarawih prayer. He was delighted. He said: ‘Well, this is the best Bid`ah (innovation).’

Umar’s use of the word bid`ah in this report has been presented and unjustifiably cited as justification for concocting up various so called good innovations. In truth, the Khalifah Umar’s act to gather the believers in congregation is not bid`ah. For it was the Messenger of Allah himself who started its offering in the congregation by praying in congregation the first and second day, then stopped only as he feared it would become mandatory. After his death, the fear of Tarawih becoming mandatory was not only remote, it was impossible. With the death of the Prophet Muhammad (peace be upon him), there will be no more revelation to change any law or rule by abrogation.

Number of Rakahs in Tarawih

As for the number of rakahs in Tarawih and Witr, the worthy ancestor, Salaf as-Salih disagreed on the number of Rakahs. These numbers are mentioned for raka`ahs: 39, 29, 23, 19, 13, and 11 rakahs. Of all the numbers mentioned, none is sounder than 11 raka`ahs. Aishah (may Allah be pleased with her) was asked how was the prayer of the Holy Prophet (peace be upon him)? She replied: “He did not pray in Ramadan or some other times more than eleven raka`ahs.” (Muslim and Al-Bukhari).

However, there is nothing wrong with praying more than 11 rakahs. Perhaps that is why different numbers are observed. The Prophet (peace be upon him) himself was asked about night prayer and he said: “It may be done in two rakahs, and if anyone fears the appearance of morning, he should pray one rakah as a Witr for what he has already prayed.” (Al-Bukhari and Muslim)

No one should neglect Tarawih without a good reason, for it is part of physical and spiritual training. Besides, there are spiritual rewards awaiting the observers of this prayer. No one would like to leave the mosque before the prayer is over.

Everybody should attend the mosque prayers, including women, provided they are properly covered. The Messenger (peace be upon him) of Allah said: “Prevent not the women, O servants of Allah, from going to the mosque of Allah.” However, when they attend the mosque they should wear no perfume, nor  raise their voices, and or show their beauty. Allah (Glory be to Him) states:

… they should not display their beauty and ornaments except what (must ordinarily) appear thereof… (An-Nur, 24:31)

Source: Taken from the author’s Ramadan the Fasting Month. 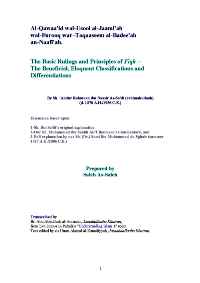 The Basic Rulings and Principles of Fiqh, and the Beneficial and Eloquent Classifications and Differentiations 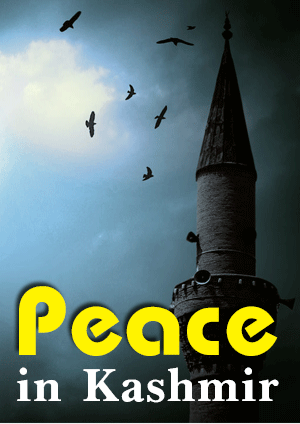 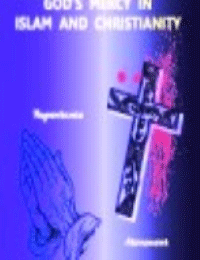 THE CONCEPT OF GOD’S MERCY IN ISLAM AND CHRISTIANITY 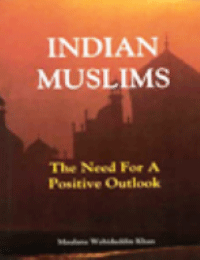 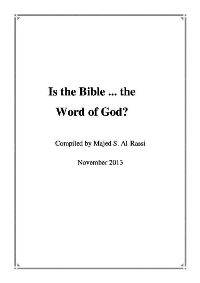 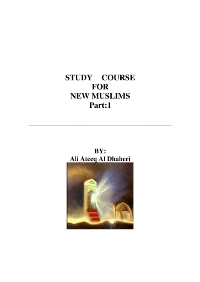