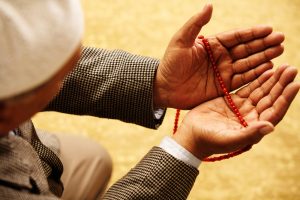 It is recognized that people’s life span is going quite shorter and smaller than before. The preceding nations are reported to have very long lifetime than ours.

The Quran informs us that Prophet Nuh (Noah, peace be upon him) remained among his people for 950 years calling them to the worship of God (Glory be to Him). Almighty Allah says,

However, Almighty Allah has singled out the nation of Prophet Muhammad with special merits that stood up for the shortness of their lifespans. He (Glory be to Him) would multiply their reward and specialized them with specific occasions of worship in which the reward are highly doubled.

Ibn Umar (may Allah be pleased with him) narrated that the Prophet (peace be upon him) said, “Your example and the example of the people of the two Scriptures (i.e. Jews and Christians) is like the example of a man who employed some laborers and asked them, ‘Who will work for me from morning till midday for one qirat?’ The Jews accepted and carried out the work. He then asked, Who will work for me from midday up to the Asr prayer for one qirat?’ The Christians accepted and fulfilled the work. He then said, ‘Who will work for me from the `Asr till sunset for two qirats?’ You, Muslims have accepted the offer. The Jews and the Christians got angry and said, ‘Why should we work more and get lesser wages?’ (Allah) said, ‘Have I withheld part of your right?’ They replied in the negative. He said, ‘It is My Blessing, I bestow upon whomever I wish.’ (Al-Bukhari)

One of the blessings of God for the nation of Islam is the blessed month of Ramadan in which the rewards are duplicated and increased more than in other times. Moreover, during the month of Ramadan, there is one night in which worship is better in reward and magnificence than 100 normal months. It is the Night of Decree (Laylat al-Qadr) about which Allah has revealed a full Surah with the same name. It reads,

Indeed, We sent the Quran down during the Night of Decree. * And what can make you know what is the Night of Decree? * The Night of Decree is better than a thousand months. * The angels and the Spirit descend therein by permission of their Lord for every matter. * Peace it is until the emergence of dawn. (Al-Qadr 97:1-5)